Dovizioso and Marquez formed part of a 10-bike queue at the front of the field for much of the race, with polesitter Johann Zarco converting first on the grid into an early lead aboard his Tech3 Yamaha.

It took until lap 18 of 22 for Dovizioso and Marquez to finally get by, both passing Zarco at Turn 1 and quickly distancing themselves from the Frenchman to engage in their own private duel for victory.

The two 2017 title protagonists ran nose to tail for the final laps, with Marquez attempting a pass at the final corner on the last lap.

But Dovizioso managed to edge back ahead on the exit, and outdragged Marquez on the run to the finish line to claim his ninth career MotoGP victory.

Seven tenths behind the lead duo was Valentino Rossi, who passed Zarco on the same lap as Dovizioso and Marquez but could not keep up the pace in the closing laps. 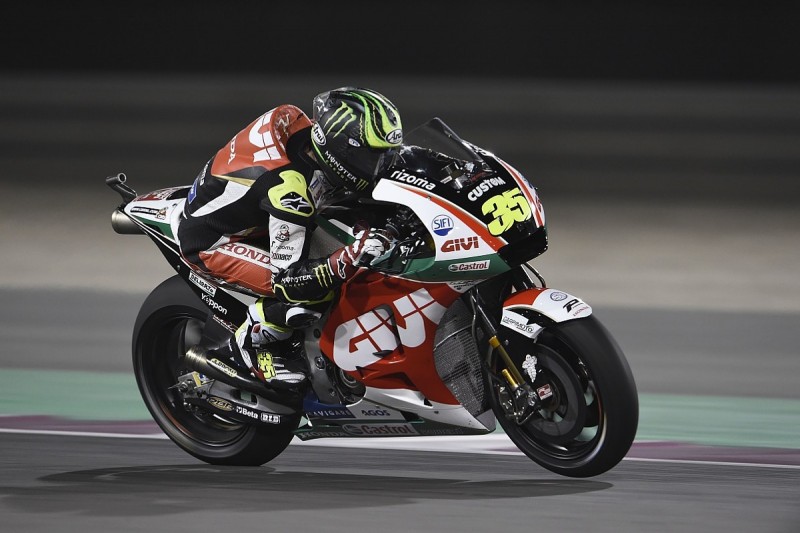 Cal Crutchlow was fourth on the LCR Honda, a further two seconds behind, ahead of Danilo Petrucci's Pramac Ducati.

Both had been part of the leading group bottled up behind Zarco, but the extra lap they took to clear the satellite Yamaha allowed the leading three to escape.

Zarco ended up slumping to eighth at the finish, losing out to the second works Yamaha of Maverick Vinales and the second factory Honda of Dani Pedrosa in the latter stages.

Last year's Qatar winner Vinales circulated as low as 15th in the early laps but managed to salvage sixth at the end of a difficult weekend after a late rally.

Andrea Iannone was top Suzuki rider in ninth, although team-mate Alex Rins was running sixth when he crashed at Turn 2 on lap 12.

Falling on the same lap was Jorge Lorenzo, who was running just outside the top 10 on the second factory GP18.

Ducati said Lorenzo suffered a brake problem prior to his incident.

Bradley Smith led KTM's efforts in 18th place, with team-mate Pol Espargaro retiring in the pits with mechanical failure, while Aprilia duo Aleix Espargaro - who ran out of fuel before the finish - and Scott Redding trailed home 19th and 20th.