Miller was signed directly to Honda on a three-year deal to join the satellite LCR squad in MotoGP for 2015, after finishing as runner-up in the Moto3 class the year before.

But he struggled aboard the Open class RC213V-RS, and also built up a negative reputation within Honda for his off-track demeanour.

A move to Marc VDS for 2016 and onto a proper prototype RC213V proved to be difficult for Miller, though he would sensationally score a maiden win - the first in a decade for a satellite rider - in that year's Assen race.

On the podium, he celebrated by drinking champagne from his race boot - a stunt that was soon picked up by Formula 1 driver Daniel Ricciardo.

When commenting on that celebration following a rerun of the 2016 Dutch TT as part of BT Sport's Greatest Races series, Miller said: "[The shoey] was a slight dig, because I was having trouble in my first year in MotoGP with misbehaving and whatnot.

"I got a fine off Honda one night doing a shoey at one of the after parties. When I won, [I thought] 'well, they can't give me a fine for this!'."

Heavy rain forced the 2016 Dutch TT to be halted, and Miller now admits he was not too keen to resume despite running in a career-best seventh place. 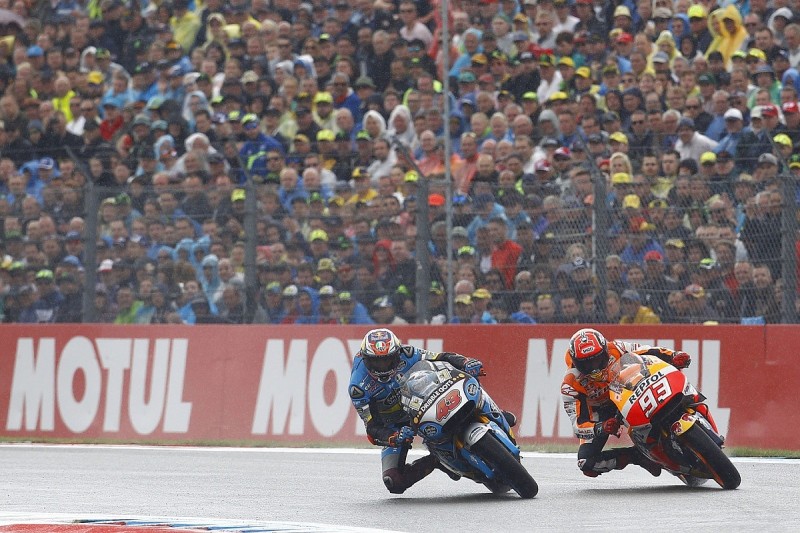 "When we got that rain in the centre part of the race, there was so much of it," he recalled.

"I've never seen rain like it apart from maybe up here in tropical North Queensland where we get the proper rainforest rain.

"But down the back straight at Assen, we probably had two inches of standing water on the track.

"Being on a GP bike with a heap of power, she was just [wheelspinning], you couldn't open the gas. So that was pretty dodgy.

"Honestly, I was stoked with the result when they threw the red flag. I was seventh or whatever and was like 'yeah, I'll take that, I'm happy as Larry'.

Miller scored five podiums last year on the works-supported Pramac Ducati on his way to eighth in the standings.

Watch The Greatest Race live every Sunday at 10am on BT Sport 1, as Neil Hodgson and Gavin Emmett continue their quest to find the greatest MotoGP race of all time.

Finnish MotoGP return put on hold due to coronavirus