MotoGP's manufacturers will be limited on the number of times they can update their bodywork in 2017, when winglets are banned

The 2016 season finale at Valencia will be the last time winglets feature in a MotoGP race, and that ban prompted a consensus that aerodynamic development would simply shift to fairings.

A meeting of the Grand Prix Commission during the San Marino Grand Prix in September settled on wording to prevent extravagant solutions, and each manufacturer will now be limited on the number of designs they can use.

Initial fairing and front-mudguard designs must be homologated by MotoGP's technical director at the Qatar season opener.

From that time, only one upgrade of each - applying per rider rather than per manufacturer - will be permitted. 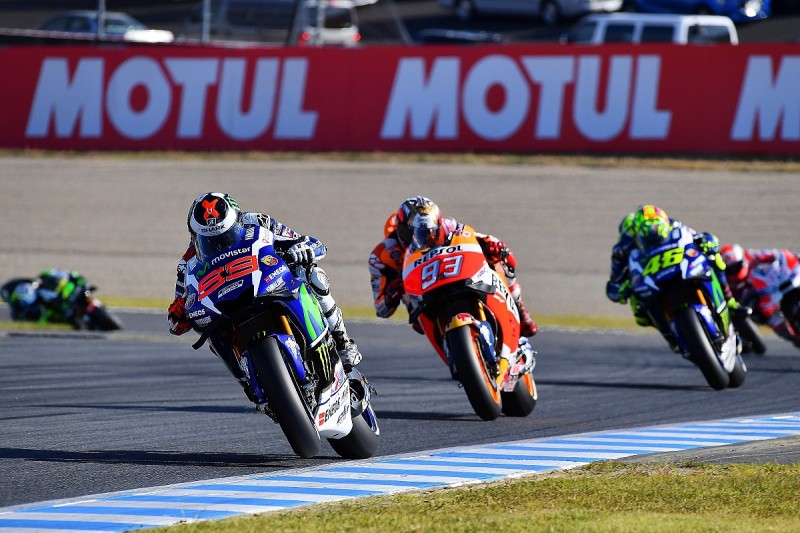 A statement following the Commission's latest meeting at Motegi last weekend said the move was "in the interests of cost saving".

The rapid development of winglets has resulted in constant evolution of the appendages, varying based on the nature of each circuit.

The Commission also approved a requirement that all riders' leathers must be fitted with an approved inflatable airbag from 2018, a move supported by the current MotoGP field.