Andrea Iannone was hit with a doping ban from MotoGP's governing body the FIM over the winter after testing positive for an anabolic steroid, which he claims was ingested through contaminated food.

Italian media reported last week that Iannone's second urine sample also tested positive, and it is unlikely he will be able to take part in the first test of the year at Sepang.

Aprilia legend Biaggi won three of his four 250cc world titles and both of his World Superbike crowns with the marque, and he is currently a brand ambassador for the manufacturer.

Following a test of Aprilia's new RSV4 X road bike at Sepang earlier in January, reports in the Italian media claim Biaggi is being considered to join Smith and Espargaro on track in Malaysia on the RS-GP.

The 13-time MotoGP race winner did little quell such speculation, posting on social media after his RSV4 X test: "Wonderful temptation! Do we get on the Aprilia MotoGP saddle? Are we starting to dream?"

Biaggi spent 15 seasons in grand prix racing in the 250cc and 500cc/MotoGP classes, before moving to WSBK in 2007 and retiring from full-time racing at the end of 2012. 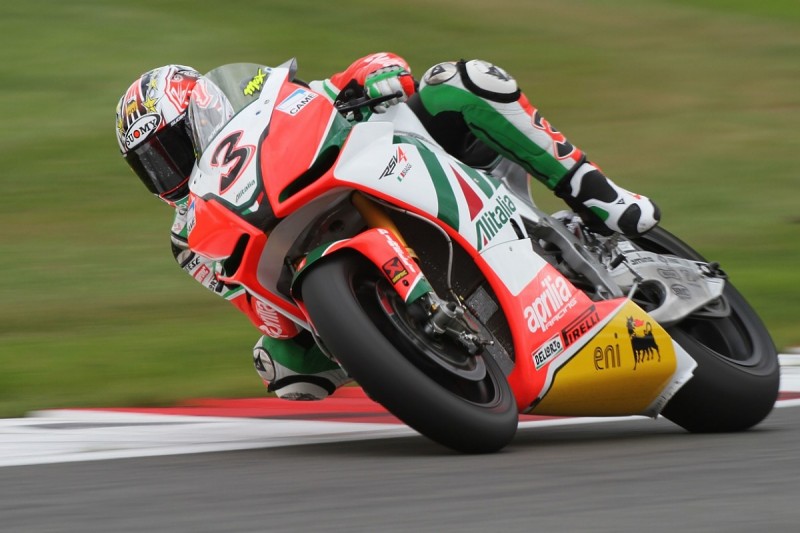 Last year, his Max Racing Team entered the Moto3 World Championship with Aron Canet, who won three times on his way to second in the riders' standings.

Another name linked to an Aprilia test seat at Sepang is ex-Avintia Ducati rider Karel Abraham after he lost his place in the team to ex-KTM man Johann Zarco.

Abraham did have a contract with Avintia for 2020, before being informed prior to the Jerez test that he would be losing his ride, which prompted him to announce his retirement from racing.

Former Aprilia WSBK rider Lorenzo Savadori, who returns to the series this year with Pedercini Kawasaki, has also been touted as a potential Aprilia tester next month.

Alex Marquez: Marc won't tell him much in MotoGP adaptation