An under pressure Pol Espargaro on the Honda topped a crash-strewn opening practice for the MotoGP French Grand Prix ahead of Suzuki’s Alex Rins.

Perfect conditions greeted the MotoGP paddock for the opening practice at Le Mans, with Suzuki’s Rins pertinently setting the early pace on the team’s first race weekend since the shock news of its decision to quit the series at the end of 2022.

With track conditions already at a good level, lap times continued to tumble across the session as Rins improved to a 1m32.545s 10 minutes into the session.

Maverick Vinales – winner at Le Mans in 2017 with Yamaha – took over from Rins with a 1m32.418s moments later on his Aprilia, before Jack Miller went faster on his Ducati.

Last year’s Le Mans race winner Miller would regain top spot from Fabio Quartararo with 25 minutes remaining with a 1m32.101s, before he beat his own lap in the final five minutes with a 1m31.961s.

Most of the field elected against fitting fresh rubber for the closing moments of FP1, but lap times remained strong despite this.

Home hero Quartararo shot to the top of the order on his Yamaha with a 1m31.912s, but would be denied ending FP1 fastest of all by Honda’s Espargaro.

Espargaro guided the Honda – which typically works well in high-grip conditions – demoted Quartararo with a 1m31.771s, while Rins shadowed him 0.109 seconds behind in second. 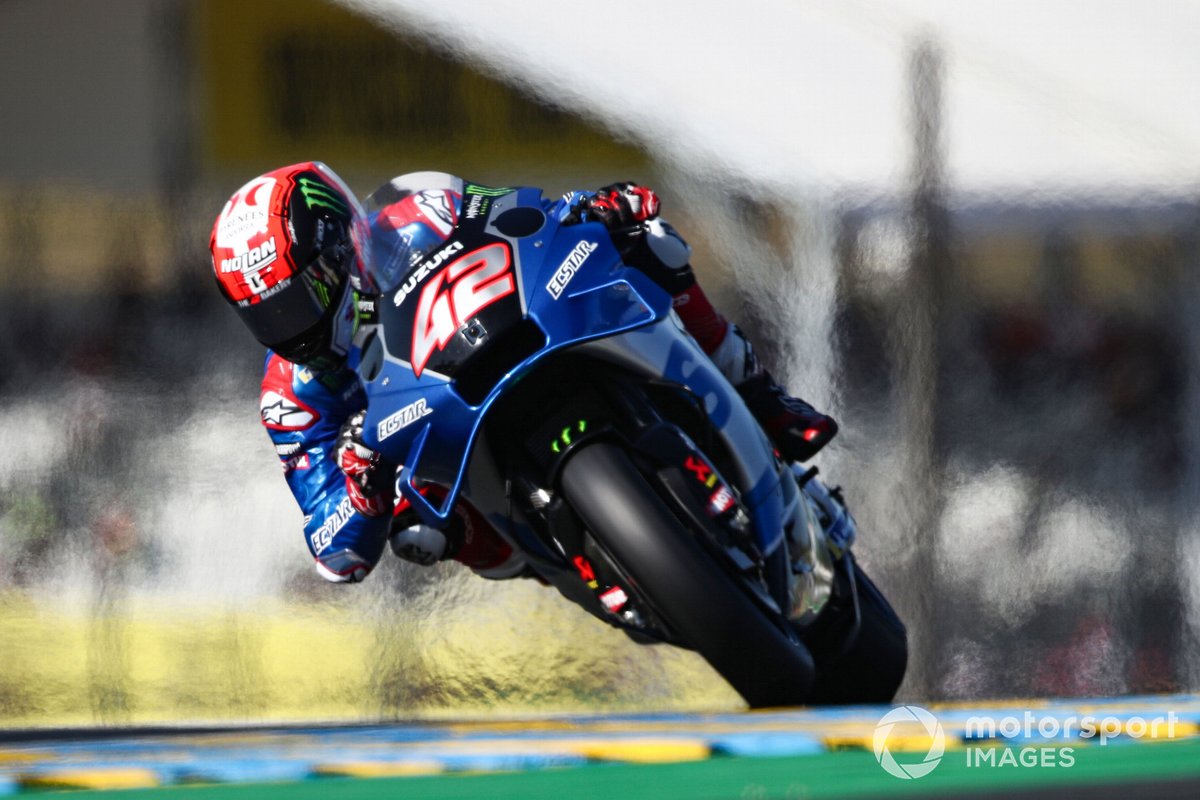 With Suzuki's bombshell news blowing open the rider market, Joan Mir has been linked to Espargaro's seat at Honda for 2023 - though he branded this as "fake news" on Thursday at Le Mans when asked about it.

Spanish GP winner Francesco Bagnaia completed the top three on the factory Ducati ahead of Quartararo and Aprilia’s Aleix Espargaro, who debuted a new shoulder onboard camera this morning.

Mir was sixth on the second of the Suzukis ahead of Miller and Vinales, with another home favourite in Johann Zarco ninth on his Pramac Ducati.

VR46 Ducati rider Luca Marini rounded out the top 10 from Takaaki Nakagami on the LCR Honda and Gresini Ducati’s Enea Bastianini, who was one of five riders to crash in FP1.

Bastianini slid off his bike in the opening stages, but remounted to complete 18 laps, while KTM endured a bruising 45 minutes.

Brad Binder took a tumble at Turn 3 just under 15 minutes into FP1, while factory team-mate Miguel Oliveira had two tumbles – once at Turn 10 with 17 minutes to go, with the second at Turn 6 10 minutes later.

Compounding KTM’s misery was Tech3 rookie Raul Fernandez, who fell from his RC16 at Turn 10 with 15 minutes remaining as he makes his return from the wrist injury which ruled him out of the last two races. 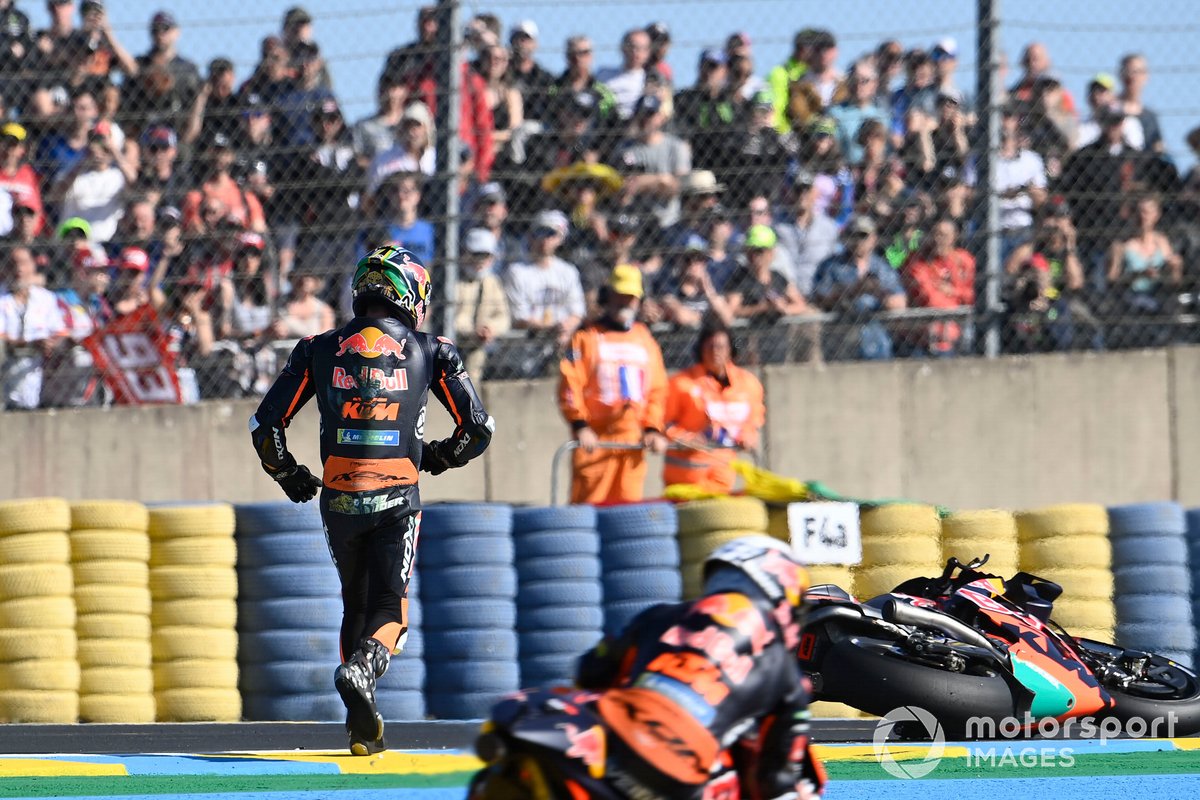 Yamaha’s Franco Morbidelli was the final faller in FP1, with the Italian left down in 20th ahead of Oliveira, Tech3 duo Remy Gardner and Fernadez, with Binder ahead in 18th.

Marc Marquez had a low-key start to his French GP weekend in 13th, though was only 0.495s off the pace and managed a remarkable save at the Turn 8 right-hander when he ran wide on the kerb and tucked the front-end of his Honda.