The heavy rain that affected this morning’s session had disappeared come the start of FP2, with the track beginning to show signs of a dry line when the MotoGP field took to the circuit for the second 45-minute practice of the Assen weekend.

It would take 10 minutes for Jack Miller’s best lap from FP1 to be beaten, Aprilia’s Espargaro doing the honours with a 1m42.457s.

Alex Rins on the Suzuki quickly deposed Espargaro with a 1m42.312s, before Alex Marquez went to the top of the order with a 1m42.115s.

This stood as the benchmark for the next 10 minutes before KTM’s Miguel Oliveira took profit of the drier conditions to fire in a 1m40.540s.

On his first flying lap, he was 2.6s off Oliveira’s lap, before slashing that deficit to 1.019s as he moved up to second on the timesheets.

With this pace, the rest of the field began to switch to slick rubber. 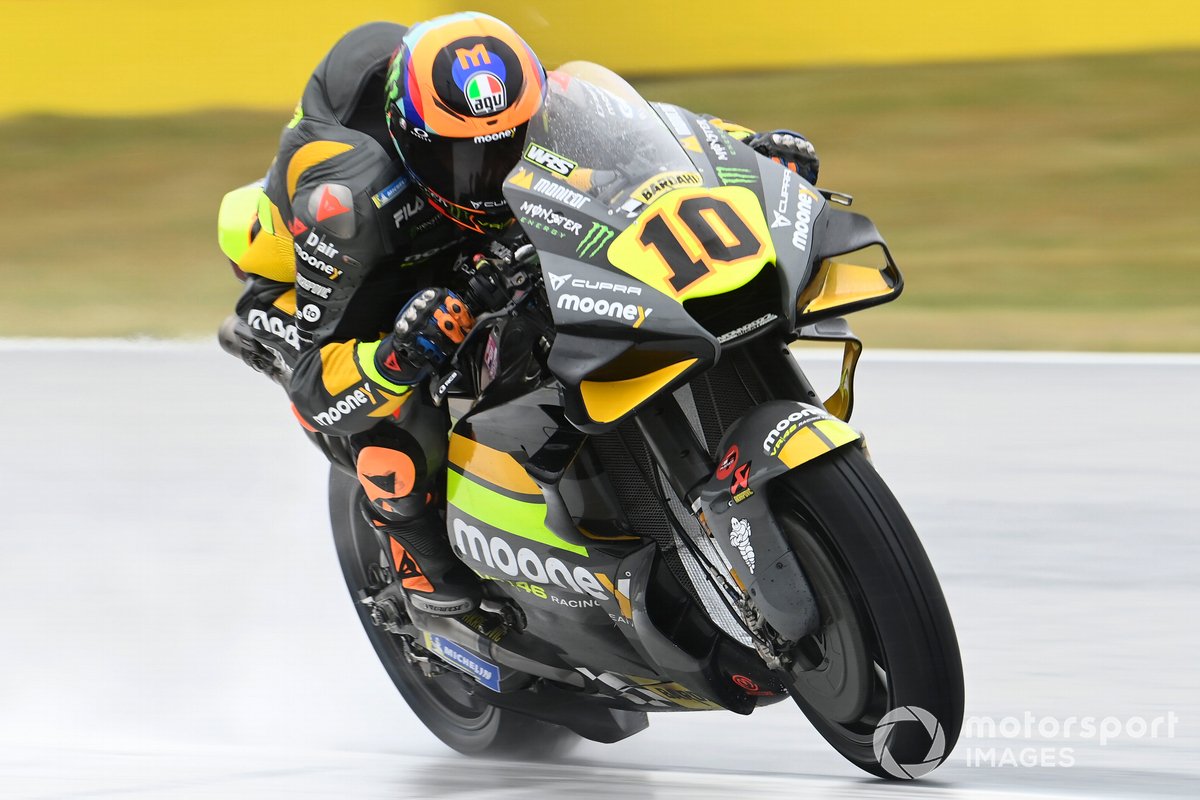 From that moment, lap times plummeted from 1m37s down to 1m33s over the remaining 15 minutes of the session.

Through the final salvo of laps, it was Bagnaia who emerged with the best lap, the Ducati rider going top with a 1m33.274s.

Aprilia’s Espargaro missed out on ending Friday fastest of all by just 0.178 seconds, while reigning world champion Fabio Quartararo rounded out the top three with a 1m33.579s.

Suzuki’s Rins was fourth, 0.032s behind Quartararo, with Ducati’s Miller and Joan Mir on the sister GSX-RR completing the top six.

Maverick Vinales, who was on pole at Assen one year ago when he was at Yamaha, was seventh on the second of the Aprilias ahead of KTM’s Brad Binder, Johann Zarco on the Pramac Ducati and VR46’s Marco Bezzecchi.

Bezzecchi briefly sat at the top of the order in the latter stages, but crashed at Turn 5 seconds later for his second tumble of the day.

Gresini’s Enea Bastianini was 11th, 1.042s off the pace, though looks like he’ll have a chance on Saturday morning to secure a Q2 qualifying place as better weather is now expected for FP3.

Marini’s stint at the top of the pile ended with him being shuffled back to 13th ahead of Alex Marquez.