Following Johann Zarco's stunning pole position for the Czech Republic Grand Prix, the entire MotoGP grid has been shaken up. Here's how and when you can watch the race

Zarco, competing on a year-old Ducati, shocked the paddock to charge to pole position at Brno beating the Petronas SRT Yamaha duo of Fabio Quartararo and Franco Morbidelli who had topped the practice sessions coming into this weekend.

Meanwhile, qualifying turned into a nightmare for factory Ducati's Andrea Dovizioso as he endured his worst qualifying performance of his MotoGP career down in 18th place, while Pramac Ducati's Jack Miller fared little better on the GP20 in 14th place.

At the sharp end, Zarco's ex-KTM team-mate Pol Espargaro was left "pissed off" when he was denied second place in qualifying after losing a laptime due to a yellow flag in Q2. The Spanish rider has confirmed he will appeal the decision in a bid to reinstate his lap and regain second place.

Espargaro's brother Aleix impressed for Aprilia to take the front of the second row in fourth ahead of factory Yamaha rider Maverick Vinales.

With KTM's Espargaro sixth, subject to the outcome of his appeal, team-mate Brad Binder will start the Czech Republic GP in seventh ahead of Ducati's Danilo Petrucci and Joan Mir on the Suzuki.

That left Valentino Rossi in 10th place for Yamaha with the nine-time world champion joined by Alex Rins (Suzuki) and Cal Crutchlow (LCR Honda) on the fourth row.

When is the MotoGP Czech Republic Grand Prix? 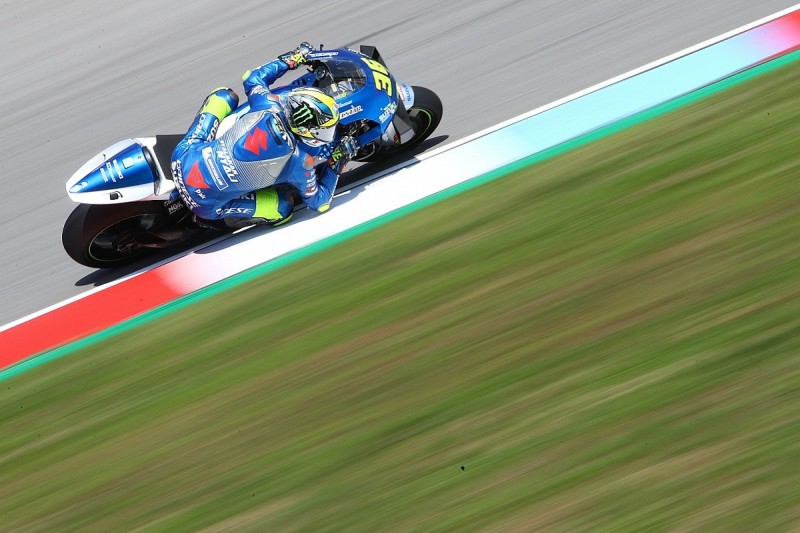 BT Sport will also be showing the, Moto3 and Moto2 races from Brno before the Czech Republic MotoGP.

Current weather forecasts predict hot and sunny weather at Brno on race day, with a high of 29 degrees Celsius for the start of the MotoGP race.