The works Honda rider revealed back in October he would require surgery on his shoulder at the end of the season, having dislocated it on a number of occasions in 2018 - including after winning the title in Japan.

The operation took place on Tuesday at the Dexeus Hospital in Barcelona, and was performed by a team led by regular MotoGP surgeon Dr Xavier Mir.

A statement said Marquez would likely be discharged within 48 hours, with a six-week recovery period anticipated before he can begin training for the first 2019 pre-season test in February.

"It's a long recovery and I may not arrive in Malaysia at 100%," Marquez said at last week's Jerez test.

"It will be tight, so all winter I will be concentrating [on] my shoulder." 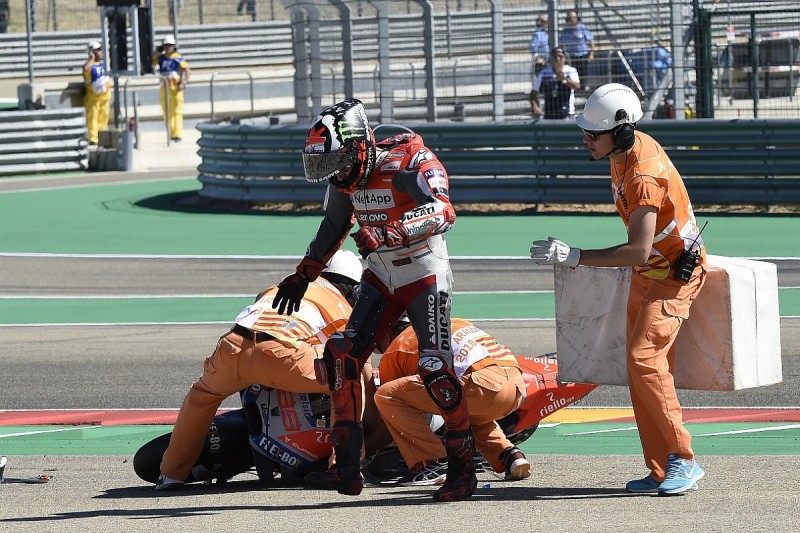 The Ducati convert's right foot was operated on on Monday at the Quiron Clinic in Barcelona to address lingering discomfort from his first-corner Aragon crash in September.

Lorenzo's recovery time is set to be much shorter than Marquez's, estimated at around one week.