The Aprilia rider produced a new lap record of Circuit de Catalunya-Barcelona earlier in the day in third free practice, and duly repeated the feat with a 1m38.742s with his penultimate lap in qualifying.

But the home hero was made to sweat over top spot with Ducati’s Bagnaia on a charge with his final flying effort, while Espargaro ran on at Turn 10 on his final lap, but the Italian missed out by 0.031s.

It marks Espargaro’s second pole of the season, and fourth of his MotoGP career, to keep him as hot favourite for Catalan GP victory having produced stunning race pace in practice.

MotoGP world championship leader Quartararo, who set the provisional pole time after the first runs as just 0.012s split the top three, had to settle for third place on the factory Yamaha.

Jorge Martin was bumped to the back of the second row as a result for Pramac Ducati, but he remained in front of Suzuki’s Alex Rins, while Q1 graduate Maverick Vinales claimed his best qualifying result since the Argentina round with eighth place on his Aprilia. 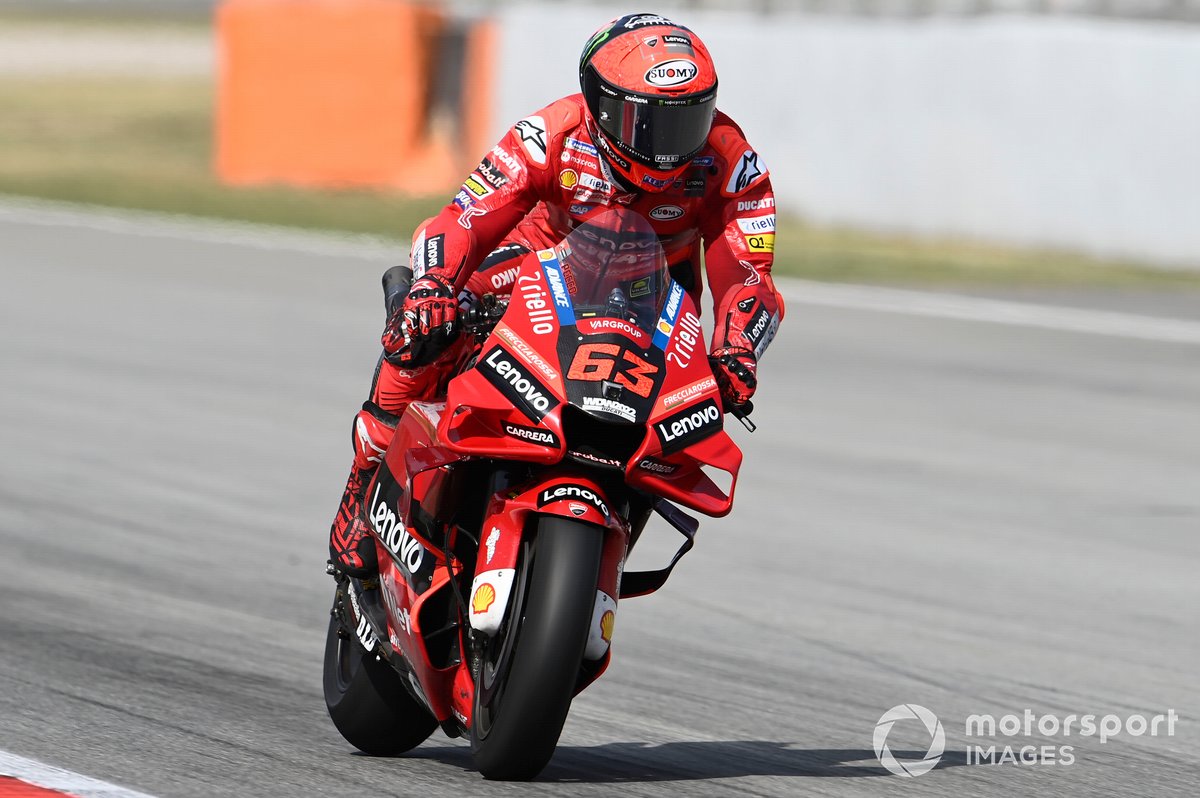 Marco Bezzecchi was edged out in Q1 by Nakagami, with the LCR rider displacing the VR46 rider by just 0.017s on his final lap, as Vinales topped the session for Aprilia.

Bezzecchi will duly start the race from 13th, just ahead of Enea Bastianini whose qualifying problems persisted as he was unable to replicate the timesheet-topping pace for Gresini, but he did keep ahead of factory KTM duo Brad Binder and Miguel Oliveira.

Alex Marquez missed qualifying after suffering a heavy fall at the final corner in the closing minutes of final practice, resulting in the LCR rider taking a trip to the medical centre for a check-up.