Ducati has been the form manufacturer all weekend at the Red Bull Ring, topping three of the four practice sessions with Iannone and team-mate Andrea Dovizioso.

The stage looked set for a shootout between the pair, but Yamaha's Jorge Lorenzo fired an early warning shot to lead the times momentarily during his first run.

Iannone, nursing a rib injury, led the way halfway through the 15 minutes with a 1m23.623s, but Lorenzo was just 0.016 seconds behind to split the Ducatis.

Dovizioso lowered the benchmark to a 1m23.598s on his second run - opting to pit three times rather than his rivals' two - but Lorenzo fired again with 90 seconds remaining, reclaiming top spot by 0.237s with a 1m23.361s lap.

It took Dovizioso a pair of improvements to get ahead of Lorenzo after the chequered flag, only for Lorenzo's Yamaha team-mate Rossi to turn a 1m23.142s and move to the top, based largely on a stunning final sector.

However, Iannone was right behind Rossi on the road and just seconds later set the 1m23.142s that was good enough for pole by 0.147s.

Iannone's only other career pole was recored at Mugello in 2015, and with Rossi and Dovizioso he will lead an all-Italian front row of the grid.

Lorenzo returned to form and wound up fourth - 0.219s covering the lead quartet - ahead of Marc Marquez, the Honda rider having dislocated his left shoulder on Saturday morning and visited hospital for checks. 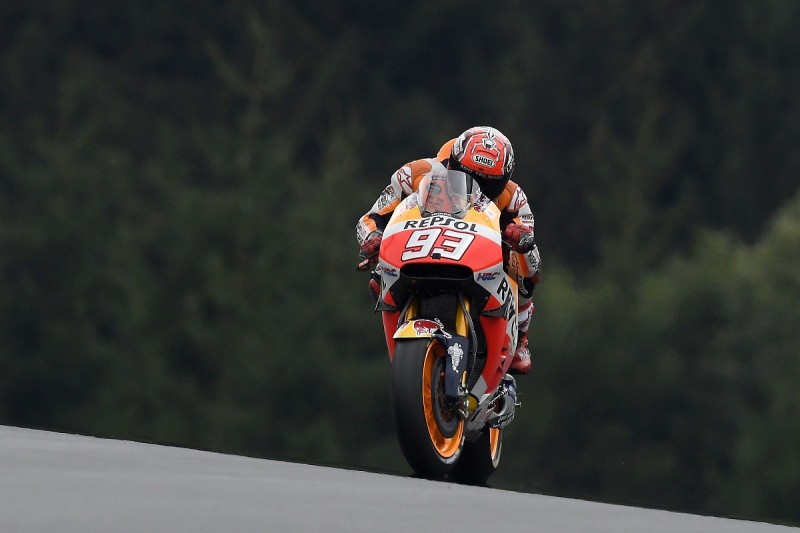 Suzuki's Maverick Vinales wound up sixth, 0.442s off the pace set by Iannone, while LCR Honda's Cal Crutchlow was the leading satellite rider in seventh, despite losing what had been his fastest lap due to a track-limits infringement in the closing minutes.

Crutchlow advanced from the first phase of qualifying, having finished second in that session to Eugene Laverty.

In Q2 for the first time in his MotoGP career, Aspar Ducati's Laverty qualified 11th, eclipsing his previous-best qualifying result of 14th.

Jack Miller crashed at Turn 4 on his first flying lap in Q1 but got back to the garage and on his second bike to qualify 20th.