MotoGP Assen: Crutchlow worried to be so far behind Quartararo

Cal Crutchlow admits it is "worrying" he qualified 1.2 seconds slower than rookie MotoGP polesitter Fabio Quartararo as he took sixth in qualifying for the Dutch TT

Petronas SRT rider Quartararo smashed the Assen lap record with a 1m32.017s to claim his third pole of his debut premier class campaign, while Crutchlow struggled aboard his LCR Honda.

Crutchlow has continued to have issues with the RC213V's turning difficulties over the Assen event, and says he was "lucky" to qualify in sixth, as he feels in reality he is the "10th-fastest guy" this weekend.

"The reality is, we're not P6," said Crutchlow. "I got lucky in qualifying that nobody went faster.

"Sure, you have to do the sixth-fastest laptime, but I mean I was lucky in the second run that nobody went quicker, and the reality is that I'm probably the 10th-fastest guy at the moment - if that.

"We're struggling. The reality is, and [as can be] seen in FP4, I was 17th, and this is the reality at the moment.

"But the situation is [it's] worrying to be 1.2s off Quartararo, who is a rookie.

"No offence to Quartararo, because he's riding fantastic, he's a great guy, he's riding very, very well, and all credit to him. 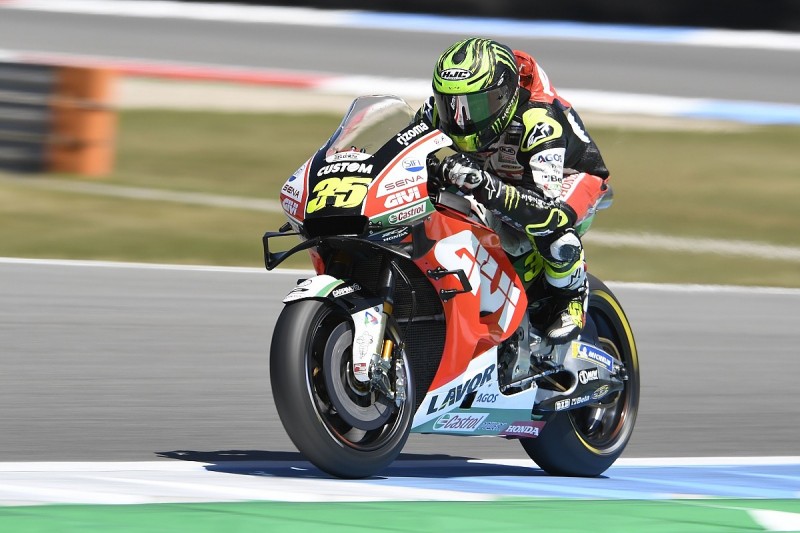 Crutchlow says his LCR team changed his bike "a lot" between sessions on Saturday, but still it could not find a way to improve how he cornered - leading him to label his woes as being like "groundhog day".

"We changed the bike a lot this morning and this afternoon, but the feeling was groundhog day," he added.

"You don't slide the bike here to turn the bike, [but] it seems we need to slide to turn. When you have a track with the grip as [it is] here, it becomes more apparent for [why] it's difficult.

"But again, like I've reiterated from the start of the season, Honda and my team are fully working as hard as we can.

"I can make changes all weekend, but nothing's going to make me have the feeling I need.

"But on the other hand, I still think I can be faster than what I am, as I showed in Barcelona. I was able to fight for the top five, the top three. But it's a different style [of] circuit."