Motegi to keep MotoGP's Japanese Grand Prix through to 2023

Motegi was already confirmed on the calendar until the end of 2018 and has now secured a further five years.

"We are delighted to announce this contract renewal with a place that is celebrating its 20th anniversary," said Dorna CEO Carmelo Ezpeleta.

"The Twin Ring Motegi is the home track of Honda and the Japanese GP is the home grand prix for major manufacturers such as Yamaha and Suzuki, who are main players in MotoGP class; some of the most important at the pinnacle of the championship."

Suzuka rejoined the schedule and reclaimed the Japanese GP title the following year, but Motegi kept its race under the Pacific GP name.

It once again became the sole Japanese track on the MotoGP schedule with Suzuka's removal after 2004.

Last year's Motegi race was the scene of Marc Marquez securing his third MotoGP crown, and was also the venue where Casey Stoner clinched his maiden title for Ducati a decade ago (pictured below). 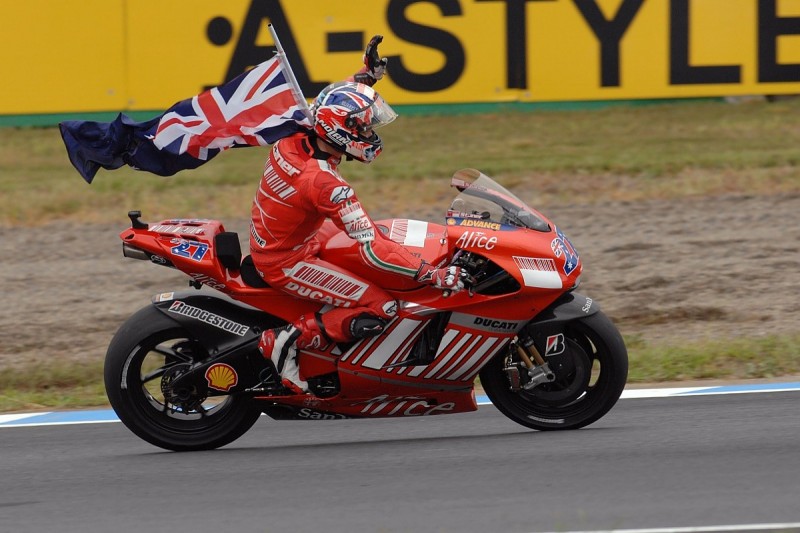