Franco Morbidelli’s MotoGP Qatar Grand Prix was wrecked by an issue with his Petronas SRT Yamaha’s holeshot device, which left him without points in 18th.

The 2020 championship runner-up was pegged by many – including Ducati’s Jack Miller – as the favourite for victory in Sunday’s season-opener at Losail.

But Morbidelli slumped to the back of the pack from seventh on the grid on the opening lap and could only salvage 18th – beating only Aprilia’s Lorenzo Savadori after LCR duo Takaaki Nakagami and Alex Marquez, and Tech3’s Danilo Petrucci crashed out.

Morbidelli did not specify what the problem was, but sources in the paddock have told Autosport the Italian’s holeshot device was stuck on for the entire race.

Introduced by Ducati in 2019, the holeshot device mechanically lowers the rear of the bike to reduce wheelying off the line and improve acceleration at the start of race.

The device has evolved since where most manufacturers can also engage it exiting corners, while Aprilia, Honda, Yamaha and KTM also have front holeshot devices for race starts. 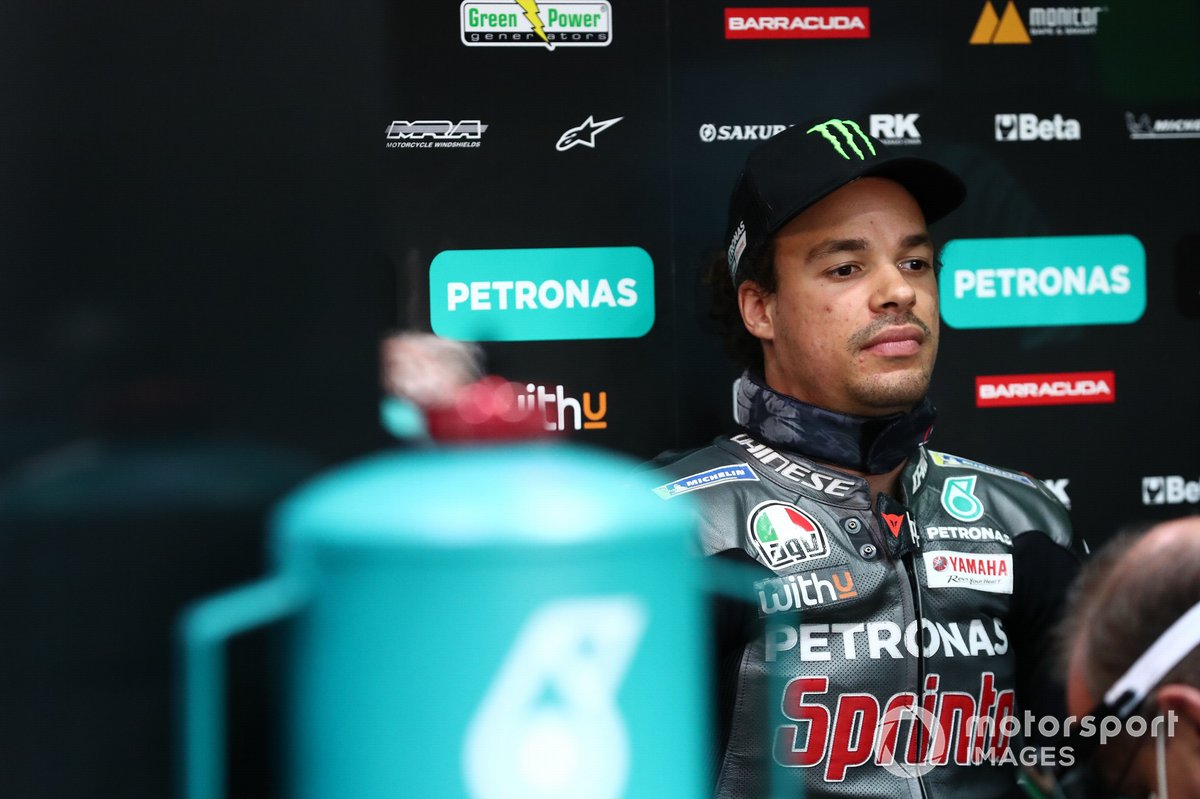 Commenting on the issue, which propped up on the grid and was seen also during practice, Morbidelli said: “Difficult race for us, we had a problem on the grid and we decided to go anyway for the race.

“It is a problem that we need to investigate better because it happened also other times during the weekend, but in the race we saw it clearly that something was wrong and unfortunately we had to make such a bad race.

“Well, basically the bike stopped turning and the rear end of the bike starts to feel empty, like I have no damping in the shock and I have an empty shock.

“So, that’s the effect that I had. We don’t know the cause yet, I’m sure the Yamaha guys are going to help me on this matter.”

Despite knowing he would have to race with a problem – raising questions over the safety of racing with a broken holeshot – Morbidelli says he wanted to carry on to honour the hard work of his team.

“Yeah, of course I was pretty much last but anyway for respect of my team and the people working with me,” he added.

At the front, factory Yamaha counterpart Maverick Vinales put in a commanding display for victory.

But Morbidelli admits this doesn’t give him solace for this weekend’s Doha GP as his pace during the weekend in the evening sessions wasn’t strong enough to replicate what Vinales did.