Petronas SRT MotoGP rider Franco Morbidelli will undergo surgery on the left knee injury which ruled him out of this weekend’s Dutch Grand Prix.

The Italian first injured his knee in a training incident last month, which first became known to the world when he fell practicing a bike swap in Barcelona.

Morbidelli admitted during the Germany weekend that he was evaluating surgery, before aggravating the injury to his meniscus and the anterior cruciate further on Tuesday during another training incident.

The injury proved serious enough to warrant him sitting out this weekend’s ninth round of the 2021 season at Assen.

SRT has now confirmed Morbidelli will have an operation on his left knee on Friday.

“Following the consequences of a previous injury that reappeared on Tuesday during a training session, and in light of the results highlighted by the tests carried out in these days, Franco has decided to undergo surgery tomorrow, Friday 25 June,” a brief statement from SRT read.

“Professor Maurilio Marcacci and his team will intervene to solve the problem to the meniscus and the anterior cruciate of Franco’s left knee. 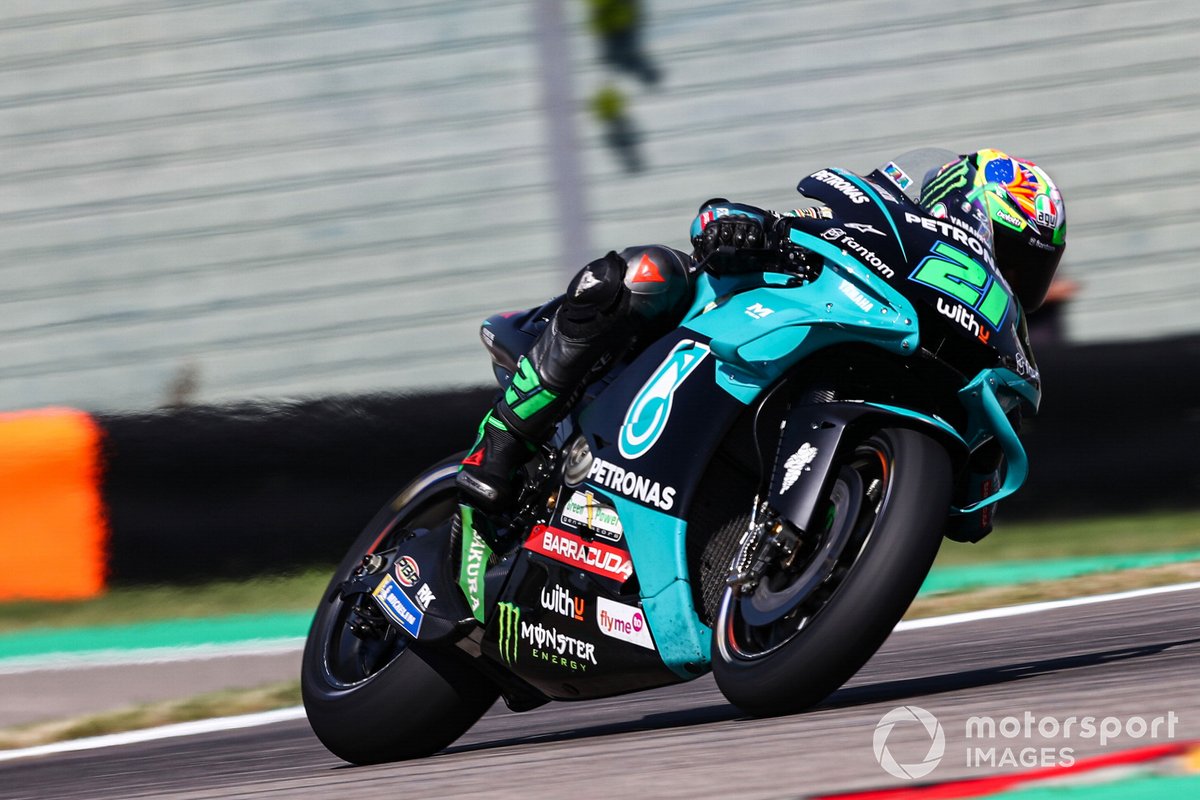 This weekend’s Dutch TT is the first race Morbidelli will miss since the German GP in 2018, when he fractured his wrist in a crash at Assen and was also ruled out of that event.

Morbidelli’s place at SRT this weekend will be taken by Yamaha World Superbike rider Garrett Gerloff.

The American is set to make his MotoGP race debut this weekend but is making his second appearance in the premier class, having taken part in Friday practice at Valencia last season in place of Valentino Rossi at the factory Yamaha squad.

Gerloff was stood down after Friday's running, when Rossi - who had missed two races with COVID-19 - successfully cleared a COVID test.

The American will be the first rider from his country to start a MotoGP race since the late Nicky Hayden in Australia in 2016 and will make his race debut at the same circuit where Ben Spies took the most recent grand prix win for an American in 2011.

Speaking about his Assen weekend, Gerloff admitted on Thursday it was “strange” to be sharing a garage with nine-time grand prix world champion Rossi.