Morbidelli trails Suzuki's Joan Mir by 45 points in the standings with a maximum of 50 up for grabs across the final two rounds.

The Petronas SRT rider qualified on pole with a 1m30.191s on Saturday, with Mir down in 12th, while SRT team-mate Fabio Quartararo and the sister Suzuki of Alex Rins were 11th and 14th respectively.

The spread between Quartararo, Mir, Maverick Vinales, Morbidelli and Andrea Dovizioso is just eight points currently, but Morbidelli admits he is still aiming for more than the runner-up spot in the championship.

"Yes, I'm trying to make the best out of this championship," Morbidelli said on Saturday.
"If the best position is first, really good. If it's second or third [or] fourth, that's really good as well.

"We still need to aim for the title even if the chances are really small.

"We put ourselves in the best position in order to fight for that and we will see at the end of the championship which position we are able to get. 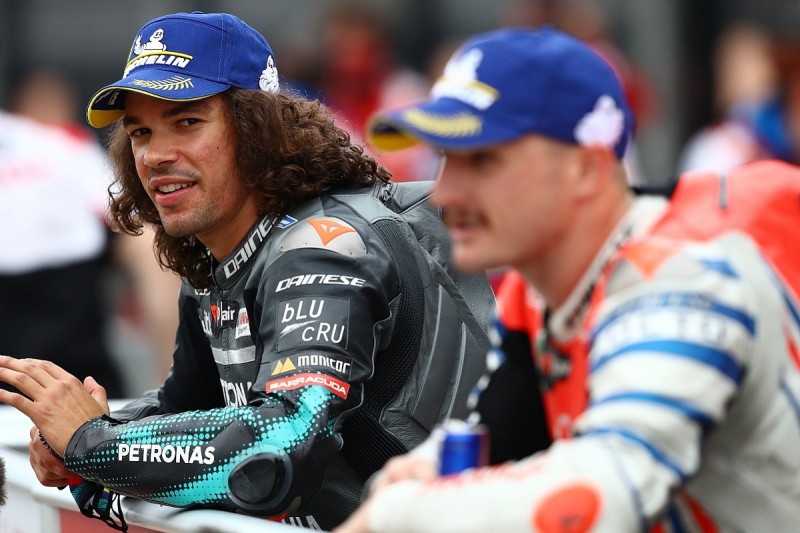 "I always aim for the maximum because I'm in a moment where I'm in a good shape and I'm great with the bike.

"But then from there to get it, it's a different story. Let's see how good we can be tomorrow and in Portimao."

Morbidelli struggled in the European GP in 11th owing to a front tyre pressure issue while running in a group, but has been amongst the strongest on race pace throughout this weekend.

The Italian says he wasn't "daunted" by this result despite the effect it had on his championship hopes.

"I think everything is connected," he said when asked by Autosport if simply being fast again was more important than his championship situation.

"The big goal is the championship right now. So, I'm more focussed on that. I wasn't too daunted by last Sunday because we knew the problem, we knew the issue, we knew what happened.

"We just knew what happened. Yeah, we fine-tuned a little bit this weekend and we are immediately better.