Last year’s Catalan GP ultimately came down to who best preserved their rubber, with Morbidelli dropping out of the podium battle late on due to a severe drop in grip.

All riders are expecting a similar race to last year’s to pan out on Sunday, with Morbidelli admitting the choice of hard or medium rear tyre won’t have much influence on tyre preservation.

With a group of riders demonstrating similarly strong pace, Morbidelli is expecting “a fight” on Sunday.

“The race is going to be tricky, many question marks [remain] on the tyres,” he said.

“It’s going to be important to make the right choice.

“So, we have to be ready to suffer and fight at the end of the race especially.

“We don’t know where we can end up and we don’t have a special aim or precise aim because there is a lot of riders in the pack with a similar pace.

Morbidelli singled out poleman and 2020 Catalan GP winner Fabio Quartararo as having a little bit more in hand for the race – a view shared by a number of riders.

However, the factory Yamaha rider – who was the only rider in FP4’s race running to set any 1m39s laps – doesn’t believes he has much more to offer. 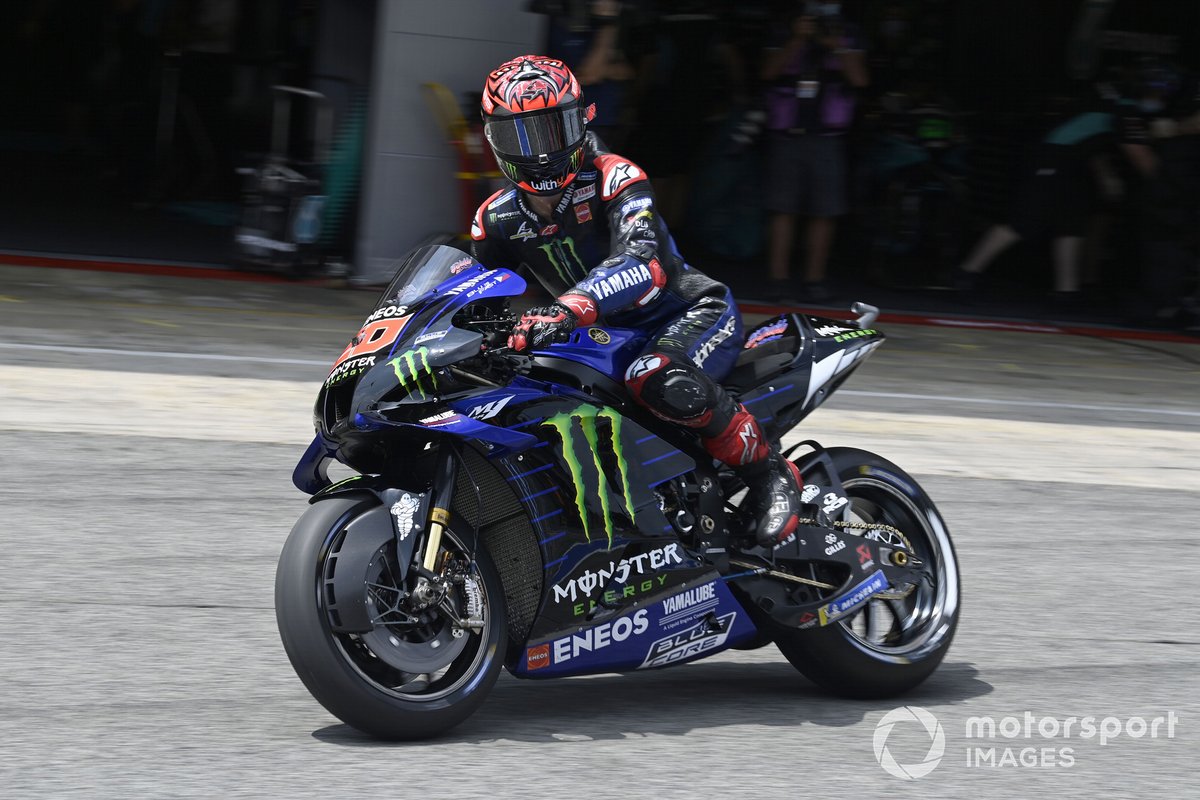 “I don’t have much more,” he said after becoming the first rider since Marc Marquez in 2014 to score five straight poles.

“When I saw the 1m39s coming in FP4, I was quite surprised because I was close to the limit but I had not much extra.

“For sure when you are on a Sunday you want more and you can do a little bit more.

“But this is more because it’s a race day and you find a little bit more [within yourself]. But I would not say [I have] extra.”

One rider who doubts Quartararo’s true pace is world champion Joan Mir, who chased down the Frenchman for victory at Barcelona last season having had better tyre consumption on his Suzuki.

While Mir – who will start 10th having expressed concern about Suzuki’s lack of progress with its 2021 bike – is not in doubt about Quartararo’s early-race potential, he doesn’t feel the Frenchman has shown his true form on used rubber yet.

“I don’t know, because Fabio made a great pace [in FP4], but we have to analyse well, because once you stop in the box and then you restart, in this track something happens and you are almost one second slower [than on your previous run],” said Mir.

“So, he always tries to go out with new tyres and it’s true that his pace was really good and he’s doing a great job.

“But it’s not quite clear. So, for sure he will be strong, but I don’t know if he will go away. I have doubts.”