Ducati’s Francesco Bagnaia topped the first of two days of MotoGP testing at Misano fresh from his San Marino Grand Prix, despite suffering a crash during the afternoon.

The paddock has stayed behind at Misano for two days of official in-season testing following the San Marino Grand Prix, with 2022 developments and set-up work for October’s Emilia Romagna GP at the same venue the primary focus for teams.

Rain in the morning left the circuit saturated for the first three-and-a-half-hour session to begin the day, with only eight riders posting lap times.

Pramac’s Johann Zarco set the pace at the end of the morning session as it dried out enough for some slick running, the Frenchman taking to the top of the standings with a 1m33.895s.

When action resumed in the afternoon for the second four-hour session of the day, Ducati’s Jack Miller set the initial pace with a 1m32.116s.

This would stand as the benchmark for some time, with top spot eventually being taken over by his team-mate Francesco Bagnaia – fresh from his second-successive victory in 2021 last Sunday at Misano.

Bagnaia did have a crash at the Turn 10 right-hander at Tramonto around two hours into the afternoon session, but suffered no ill-effects from that off.

He re-joined the session soon after and took over at the top of the timesheets with a 1m31.801s with around 90 minutes of running left, before improving to a 1m31.524s as the clock clicked into the final hour.

Bagnaia’s lap would go unchallenged through to the chequered flag, the Ducati rider ending the day 0.107 seconds clear of Honda’s Pol Espargaro. 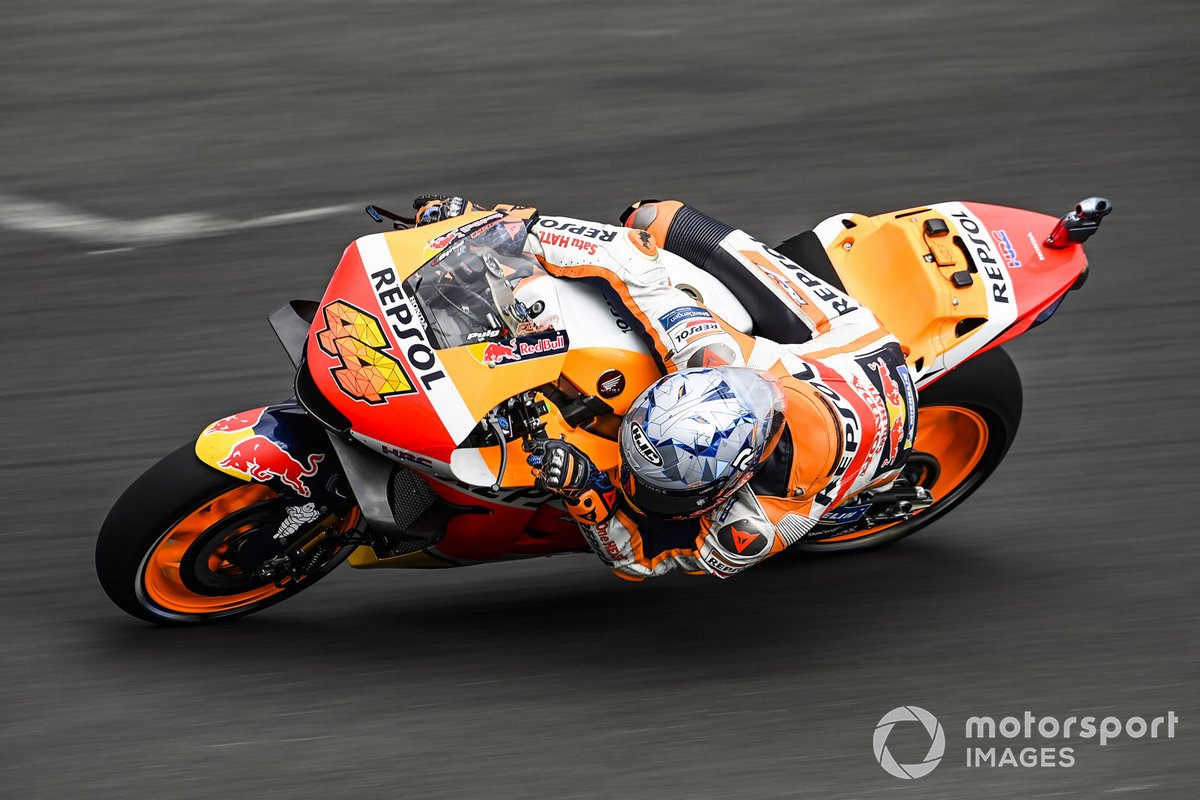 Honda had numerous items to try, with a radically different-looking 2022 prototype making a public appearance – the front of the bike taking on a more Yamaha-esque look.

Marc Marquez was seen spinning some laps on the prototype bike, as did test rider Stefan Bradl – though only in the morning session.

LCR’s Takaaki Nakagami completed the top three ahead of Suzuki’s Joan Mir, who had a 2022 engine to test again – having done so during pre-season – alongside team-mate Alex Rins.

Aprilia’s Aleix Espargaro was fifth fastest ahead of Avintia rookie Luca Marini, while his team-mate Enea Bastianini in 21st – fresh from his maiden podium in the San Marino GP last weekend – ended his day early after a crash.

Jack Miller was seventh on the sister factory team Ducati ahead of championship leader Fabio Quartararo, who cut laps on Yamaha’s 2022 prototype alongside team-mate Franco Morbidelli down in 18th.

Morbidelli said afterwards that the 2022 bike didn’t really resemble the feeling of the 2019 bike he’d been riding since 2020 up until last weekend, while noting the 2022 M1’s base showed signs of improvement on the already solid 2021 bike. 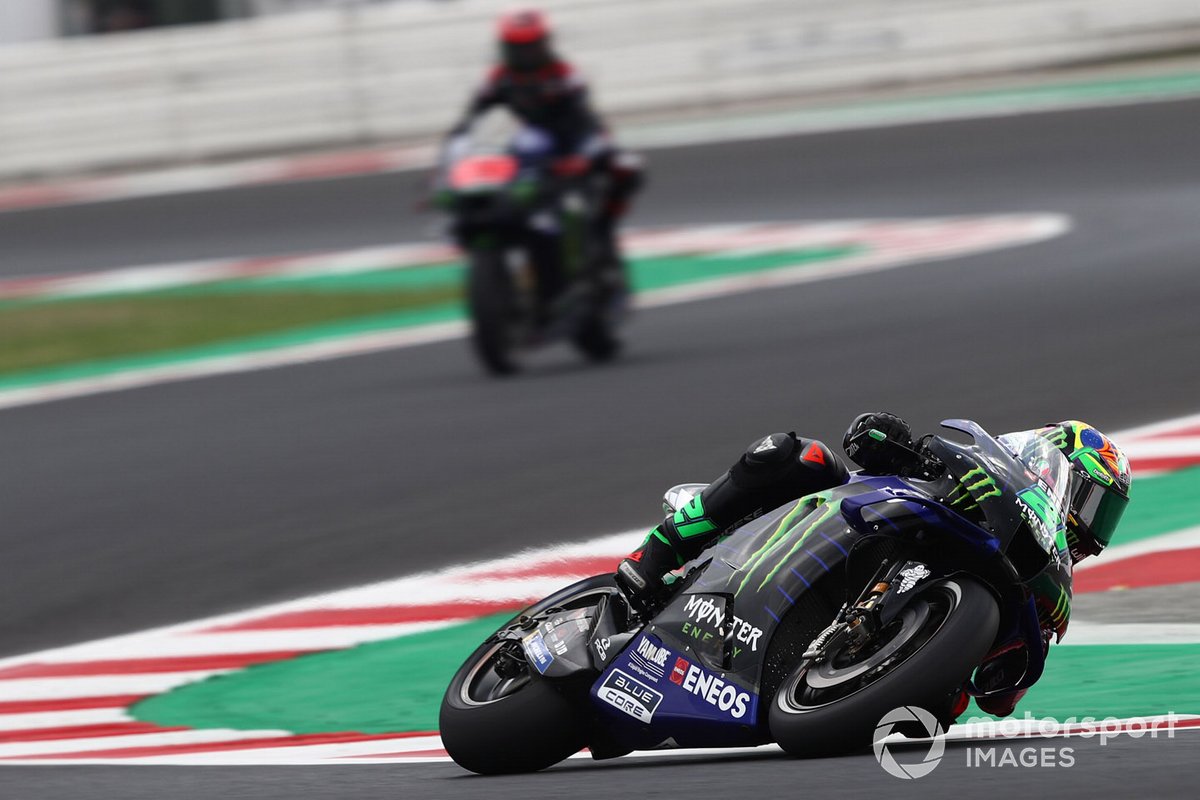 Pramac’s Jorge Martin and the KTM of Brad Binder completed the top 10, while Valentino Rossi is showing no signs of slowing down despite his impending retirement as he completed 56 laps on his Petronas SRT Yamaha in 11th.

Early pacesetter Zarco slid down the order to 13th at the end of the day between Miguel Oliveira on the KTM and Rins, with Marc Marquez 15th ahead of Aprilia’s Maverick Vinales – who also suffered a tumble during the test.

Testing will resume on Wednesday at 9:30am local time.