Honda rider Marquez led for most of the session, first demoting early pacesetter Danilo Petrucci with a 1m35.274s before lowering that time by more than a second.

The reigning champion's 1m33.951s lap was the benchmark for the majority of the morning, although a late effort from Pirro - making his second MotoGP appearance of the year on a third works Ducati - narrowed that gap to 0.037 seconds with five minutes to go.

Shortly afterwards, Marquez went even quicker with a 1m33.556s, ending the session on top by 0.432s. 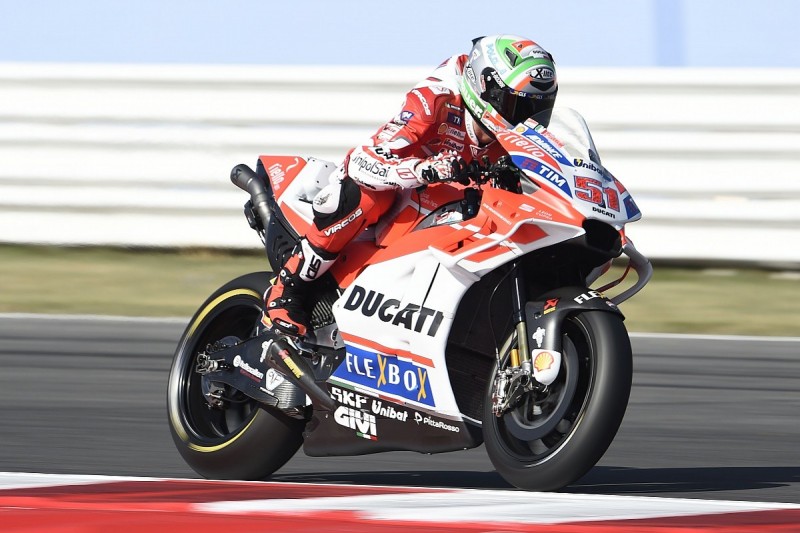 Dovizioso was the only GP17 rider not to use the Ducati aero fairing, as Pirro, Petrucci in fifth and Jorge Lorenzo in sixth all tried it.

Honda's Cal Crutchlow, who feared his finger injury might stop him riding this weekend, split the Ducati quartet in fourth, albeit more than six tenths slower than Honda stablemate Marquez.

Dani Pedrosa took seventh, ahead of Yamaha's Maverick Vinales, who is now using the prototype 2018 M1 frame he and the absent Valentino Rossi raced at Silverstone on both his bikes.

Tech3 Yamaha duo Johann Zarco and Jonas Folger completed the top 10, Zarco one of seven riders to crash in the session. 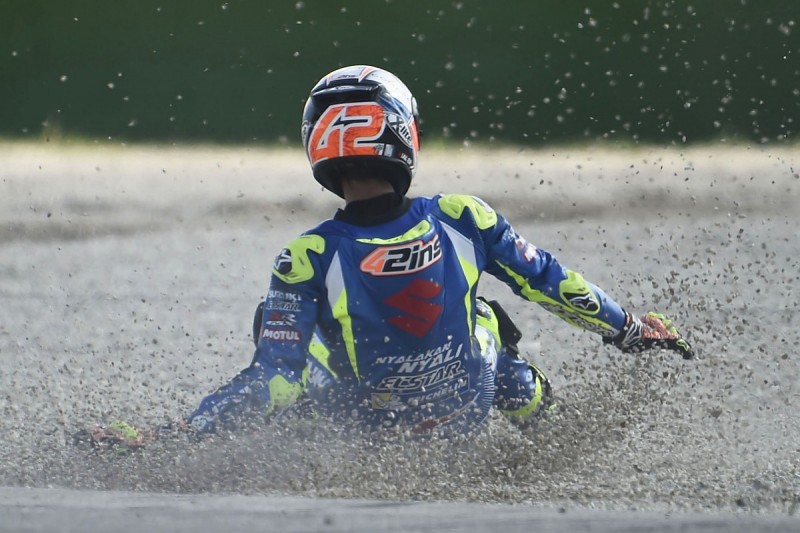