Joan Mir says he doesn’t like fielding questions about his potential switch to Honda in MotoGP next year as he sees it as “a lack of respect” to his Suzuki team.

Following May’s Spanish Grand Prix, Suzuki sensationally informed its race team that it was pulling the plug on its MotoGP project at the end of the 2022 season.

This put Mir and team-mate Alex Rins onto an already busy rider market, with the latter announcing a two-year deal with Honda to join LCR ahead of this weekend’s British GP.

Mir has been heavily linked to the factory Honda team alongside Marc Marquez for 2023, but declined to comment on this speculation as “it will not be positive for me” to divulge any information.

Speaking exclusively to Autosport at Silverstone, the 2020 world champion also said he wants an announcement to come soon because he does not like being asked questions about another bike when his current team faces an uncertain future.

“Well, now we are in a moment that everything I say will be not positive for me,” he said when asked if he could reveal anything about his future plans.

“And I prefer to not talk about this because then you can say something that people can then say ‘why did you say this?’.

“And it’s normal, it’s your job to ask me what my future will be because the people want to know.

“This is true. It’s difficult for me to manage this also. And also for example, they make some questions, for example ‘what do you think about being in a team that has won so much like Repsol?’.

“First, nothing is announced. And then second, being part of the Suzuki family in the situation that we live this year is a lack of respect a bit to speak about how good another manufacturer is. I’m not comfortable in that situation.” 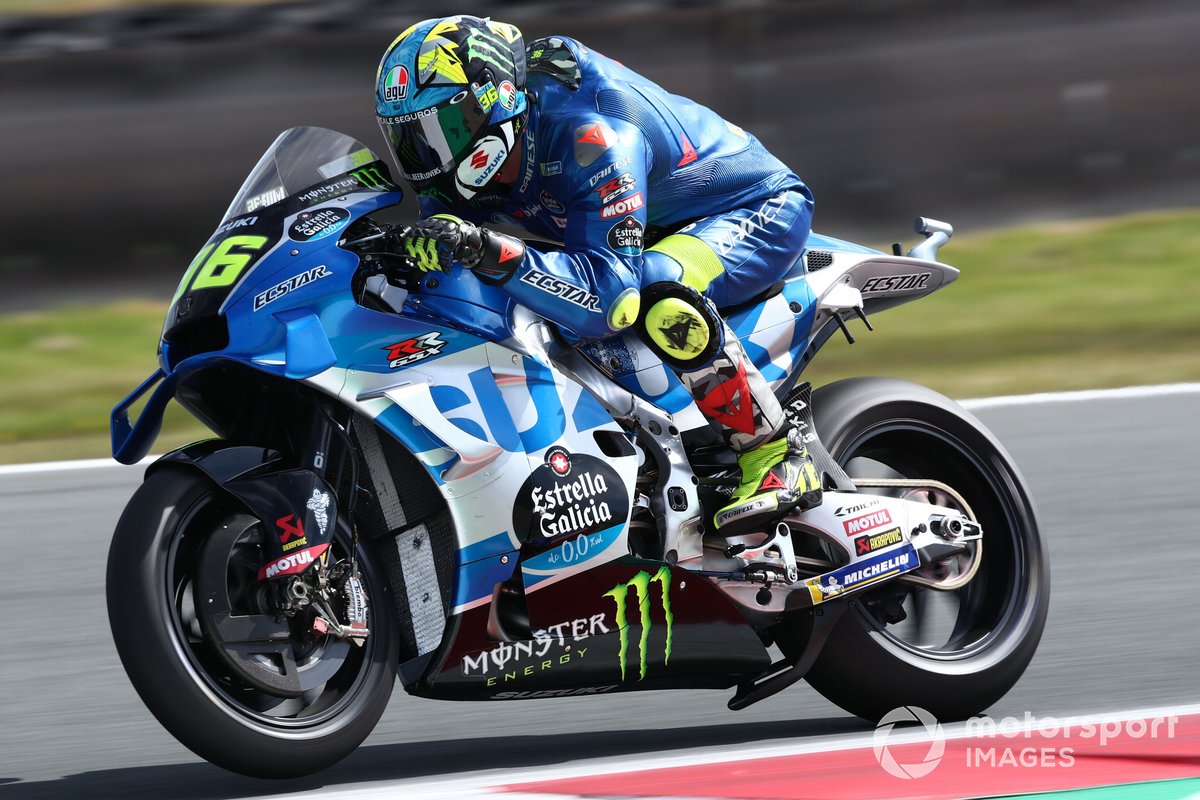 Mir was originally offered a deal by Suzuki that did not meet his expectations, before a counteroffer was tabled prior to the marque’s quit announcement that put both parties closer on terms.

But the Spaniard now thinks the original offer was a sign that something was going on within Suzuki.

“Well, the first option they proposed to us was not really good, but also because they knew something was up for the future and they wanted to fix everything a bit,” he added.

“So, that is the reason. In a normal year, after that first proposal I understood something was happening – a bit.

“But I couldn’t imagine this [Suzuki quitting]. Then we were, like my manager said, in discussions.

“I think that once we were really close to our agreement, we were discussing everything and we started to understand a bit. Then that news came out.

“The second proposal was a lot closer to what we deserved, and then this happened. So, it’s not that we were ready to sign, but we were discussing and understanding each other a little bit.”

Mir’s move to Honda is to come at the expense of Pol Espargaro, who is set to return to KTM and Tech3 – with whom he made his MotoGP debut in 2014 – next year.

Espargaro confirmed on Thursday at Silverstone that he has signed a two-year deal, but could not confirm that it was with Tech3 and KTM – though noted that he will ride a familiar bike in 2023.

“I can't say anything, but I have a clear future,” he said.

“I've signed two years and I'm going to the team I want. I'm very lucky; I'll go to a good bike with a very good salary.

“It's the place I wanted to go when Suzuki decided to leave the championship. It's a familiar bike.”