Reigning MotoGP world champion Joan Mir says he is having to ride qualifying laps on his Suzuki in a style “not really natural” to him.

One-lap time attack pace hasn’t been a strong point of the Suzuki, with Mir the first world champion since Wayne Rainey in 1992 to win the title without a pole position last year.

Suzuki’s only pole since it returned to MotoGP in 2015 remains Aleix Espargaro’s top spot in qualifying for that year’s Catalan GP, when he headed a Suzuki 1-2 in front of Maverick Vinales.

In both Qatar rounds this season Mir failed to get directly into Q2 from practice, and could only manage 10th and ninth in the grid for both races.

“We have a lot of work to do,” Mir said of Suzuki’s qualifying form.

“We are far but we are getting closer and we know the areas we have to improve because it’s really difficult for me to make a good lap time.

“I have to ride in a different way and it’s not really natural for me to ride in this way to make the lap time.” 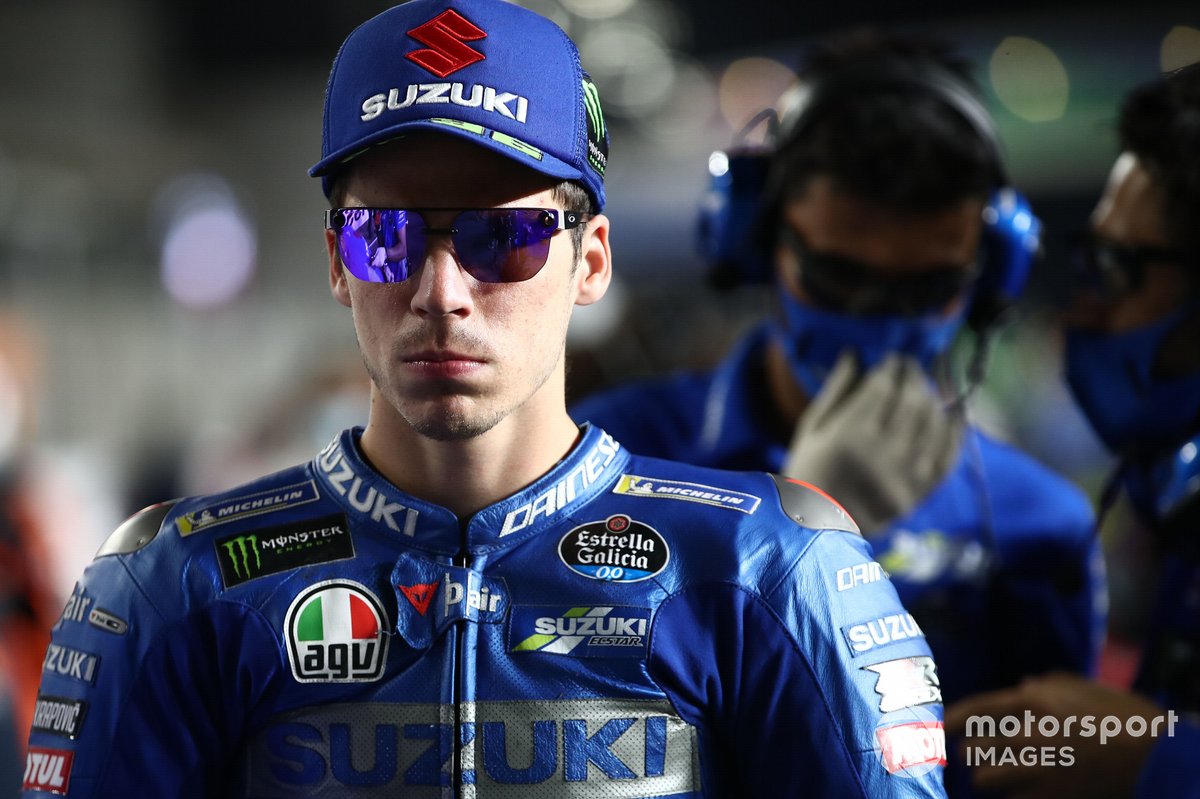 Despite this, Mir came through from 10th on the grid in the Qatar GP to be cruelly denied second by two Ducatis on the run to the finish line, while his pace in the Doha race was strong enough for the podium – though he could only manage seventh following several clashes.

The Suzuki’s ability to preserve its tyres allowed both Mir and Alex Rins to generally brush off lowly qualifying performances in 2020, but the former admits improving Saturday results is “one of the most important things”.

“I’m a lot more nervous and a lot more stressed on Saturday than normally on Sunday,” he added.

“It’s something that we have to fix because it’s not normal to be really far to our rivals in one lap pace.

“In the end, if you see the [race] pace we are always really good, we ride in a really good way.

“So, it’s something that we have to work on that. Also, the natural style, it is not helping me, my natural style.

“I’m normally really aggressive and normally to make a lap time you have to be aggressive.

“You have to push, but at the end you have to be aggressive on the brakes and it’s something that I have.

“But with this bike you have to be really smooth and really relaxed.”