Suzuki’s Joan Mir says Jack Miller ‘intentionally’ hit him on the pit straight at close to 200km/h in the MotoGP Doha Grand Prix, saying the Ducati rider showed “no respect”.

Mir put an aggressive overtake on Miller at Turn 10 on lap 13 of Sunday’s MotoGP race, which resulted in the pair touching as they debated fifth spot.

The pair made contact again on the main straight moments later, which was investigated by Race Direction but deemed a racing incident.

Mir feels Miller intentionally clattered into him as he was well aware of where the Suzuki rider was and questions the decision by Stewards not to penalise him.

“What happened with Jack is that in Turn 10, it’s the only place I could overtake and I took the right position,” he said.

“We both touched a bit, then I picked up the bike… it was a manoeuvre that I understand was risky, but was not over the limit, was ok.

“Then I moved my leg to apologise because I couldn’t avoid it.

“And then in the same lap I was wide in last corner, and when I came back I saw Jack and he was moving the head like he saw me.

“I just went to the kerb and he just came over me and we both touched.

“We almost crashed on the straight, so I think it was super risky, it was a super dangerous manoeuvre.

“I think that was intentional.

“If you have time, compare the images of Aleix Espargaro and myself and Miller and myself.

“He ran wide at the last corner and he saw me and he stayed on the outside of the track and I didn’t hit him, I just respect the rivals.

“And I think that Jack didn’t show respect in this case. It was the same thing but different riders, so you can judge.” 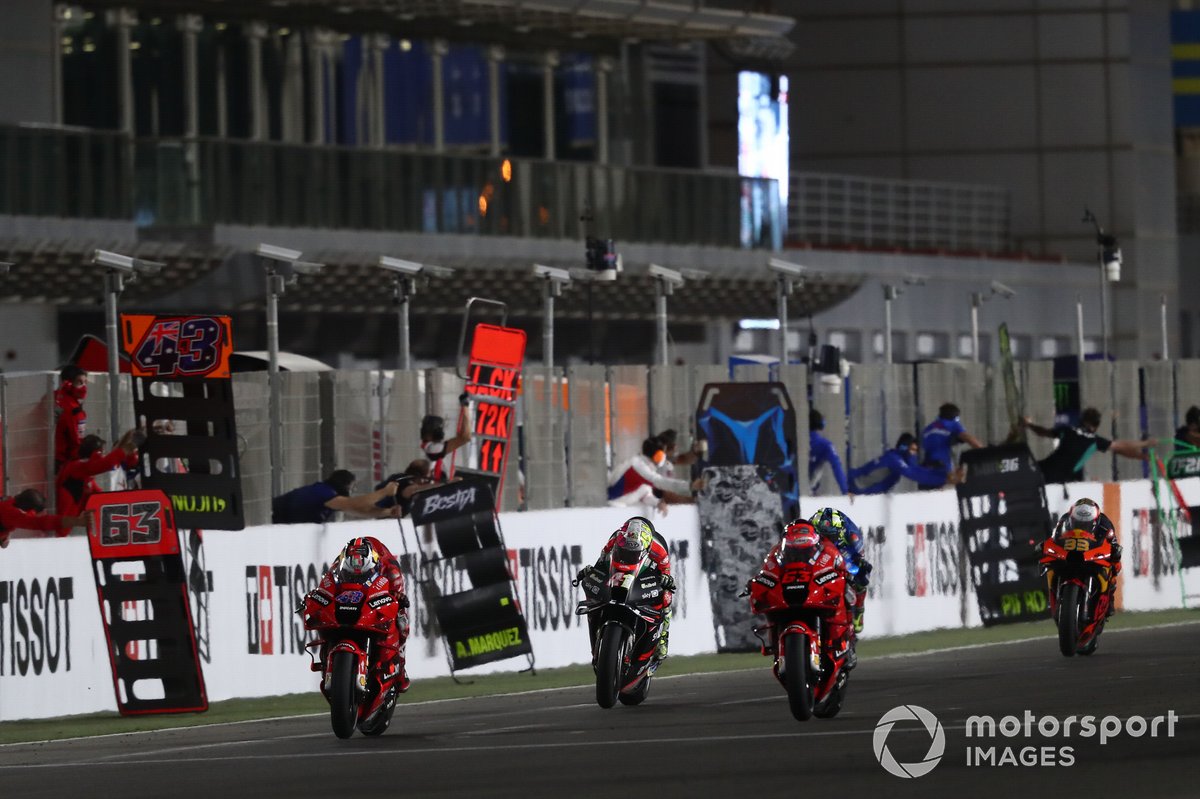 When asked by Autosport if he thinks Miller deserves a penalty, he added: “Well, I think that the team will judge if they have to appeal or something.

“For sure it have to be investigated because these moves in MotoGP are over the limit.

“So, if it was intentional like I say, if he did it on purpose, he deserves a penalty.

“If not, no, but I think that he moved the head [and saw] perfectly.”

Miller wouldn’t be drawn into making too many comments about the incident, but feels the collisions he was involved in were just a nature of the Doha GP and feels a penalty would have been “wrong”.

“I mean there was few contacts but you know, it was the way that the race was going, seemed to be a bit of contact here and there,” said Miller, who is considering undergoing surgery this week after encountering arm pump in the final laps.

“It was just one of those things, I think.

“We've both seen what happened, well, everyone saw what happened and we continued to race after that so not much really on that side of things.

“I got hit, I think three times already before.

“So, it seemed to be that was the way the race was going. That's all and I mean, if I was getting black flagged then something was happening wrong, I feel.”