One-time MotoGP world champion Joan Mir says he is “angry” at Suzuki’s decision to quit the series at the end of 2022.

Last week, Autosport reported Suzuki had informed its race team of its intentions to quit MotoGP at the end of the 2022 season, with the Japanese marque confirming on Thursday ahead of the French Grand Prix that it was now in discussions with Dorna about ending its contract early.

The official reason given was due to financial pressures wrought by the COVID-19 pandemic, as well as shifts in the automotive industry – though Suzuki’s financial figures it published recently stated it was looking in good health for this year.

PLUS: The seismic aftershock left by Suzuki's decision to leave MotoGP

Mir, who made his MotoGP debut with Suzuki in 2019 and won the world title with the manufacturer in 2020, says the team is “one of the most special” in the paddock and is upset about the decision to quit for that reason.

“I’m angry for the decision someone took,” Mir said on Thursday at Le Mans.

“The team is so great, it’s one of the special teams in the paddock - the people that work here make it so special. 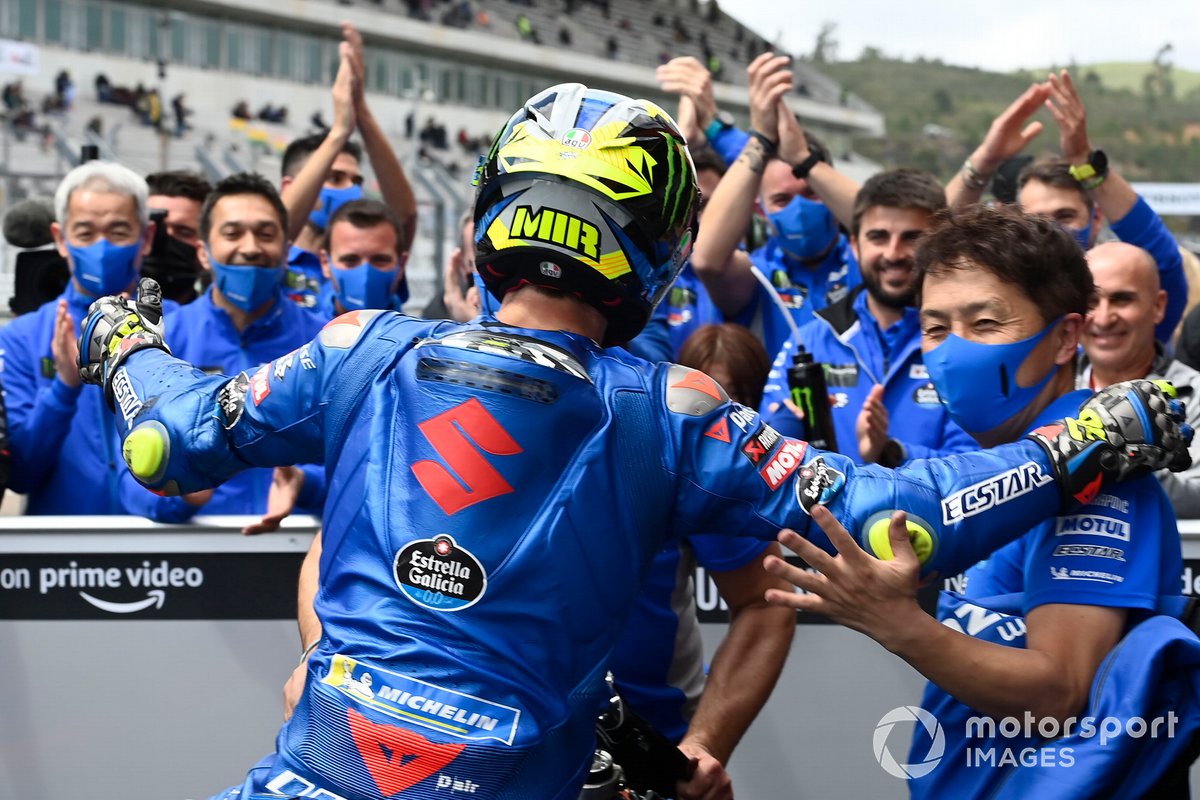 “I arrived here four years ago, but there are a lot of people working here working before me.

“They worked hard to become champions in 2020, last year in third [in the standings], this year again.

“It’s a manufacturer that normally fights for championships every year since I was here.”

Mir’s future is now up in the air, though it is likely his next move will be to Honda next year alongside Marc Marquez.

The Spaniard confirmed his manager was in talks with Honda, but did not offer much comment on his 2023 plans.

“From Jerez, we were officially in the market,” Mir said, when asked by Autosport if the rumours linking him to Honda were true.

“We were in talks with Suzuki before everything happened - now, for sure, my manager will have more work than he expected.

“He is speaking with Honda, with different manufacturers to try to fit my future outside Suzuki. Yeah, not easy.”