Ducati’s Jack Miller has been hit with his second long lap penalty in succession for a near-miss with Aprilia’s Maverick Vinales at the end of MotoGP Dutch Grand Prix qualifying.

The Australian crashed at the Turn 5 hairpin in the closing stages of Saturday’s Q2 pole shootout session at Assen.

Having remounted to ride his bike back to pitlane, Miller was riding slowly on the racing line on the back straight exiting Turn 5 when Aprilia’s Vinales was coming through on his final time attack lap.

Vinales came extremely close to hitting Miller on his right side as the Australian looked over his left shoulder for oncoming traffic.

Though he immediately went to apologise to Vinales, Miller was still sanctioned by Race Direction and must serve a long lap penalty in Sunday’s race.

It marks the second-successive long lap penalty for Miller, after he was handed one for crashing under yellow flags in FP4 last weekend at the Sachsenring.

Ahead of the penalty announcement, Miller said he’d had no summons from Race Direction and felt he didn’t do anything wrong.

“I didn’t do anything wrong,” Miller said of the incident with Vinales.

“I did everything I could right. I pulled over to the left, I literally took off [after the crash], I was sat side saddle from push starting it.

“I had a footpeg that was [broken], I was just trying to load my foot up to make sure [the peg] wasn’t going to snap when I put my full weight on it to get my leg over the other side of the bike. 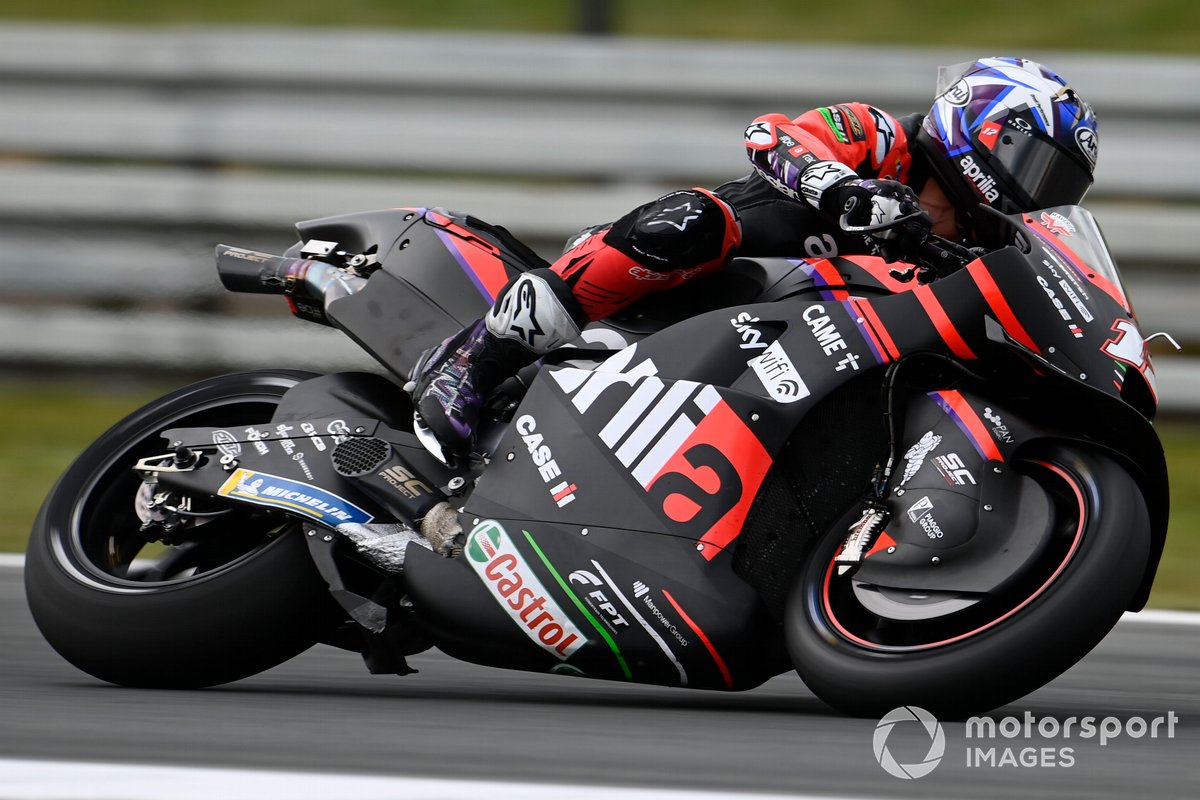 “I got it over, I was already hard on the other side of the track and I looked to make sure I’m not in anyone’s way. Vinales was there and there was nothing I could do.

“I understand the racing line pulls you out that way, but there was not much more I can do.

“I went to apologise because I know it was shit, but there was nothing I could do mate.”

Vinales said he had “no problem” with the incident as he was going to have that lap scrubbed anyway for setting through a yellow flag sector, but did concede he was “lucky” not to hit the Ducati rider.

Miller isn’t the only rider who has to serve a long lap penalty in Sunday’s Dutch GP, as Yamaha’s Franco Morbidelli was handed the same punishment for irresponsible riding in FP2.