Ducati’s Jack Miller says “I don’t think we appreciate” Danilo Petrucci and how he came from the back of the MotoGP grid to become a race-winner over the last decade.

Petrucci will make his final MotoGP start as a full-time rider this weekend in the Valencia Grand Prix before switching to an off-road career beginning with a Dakar Rally assault with Tech3 KTM in 2022.

The Italian made his MotoGP debut in 2012 with the Ioda CRT squad on the slowest bike on the grid, with the outfit’s existence never a certainty due to financial woes.

In 2015 he was offered a Pramac Ducati seat, and in 2019 was promoted to the Italian marque’s factory squad – winning that year’s Italian GP after a duel to the line with Marc Marquez and Andrea Dovizioso. He then won for a second time at Le Mans in 2020.

Switching to KTM this year with Tech3, Petrucci has found it difficult to adapt to the RC16 – his size and weight causing him the biggest issues – and scored a best of fifth in the flag-to-flag French GP.

Petrucci’s size has always been an issue in his road racing career, but has gone to great lengths to lose weight to be as competitive as possible.

Miller – who was team-mates with the Italian at Pramac in 2018/2019 - says Petrucci’s rise from the back of the grid, coupled with his efforts to be competitive, “shows the true racer that he is”.

“It was fantastic to share the box with him,” Miller said on Thursday at the Ricardo Tormo Circuit.

“I think we enjoyed, honestly, what was two of the best seasons of my life. 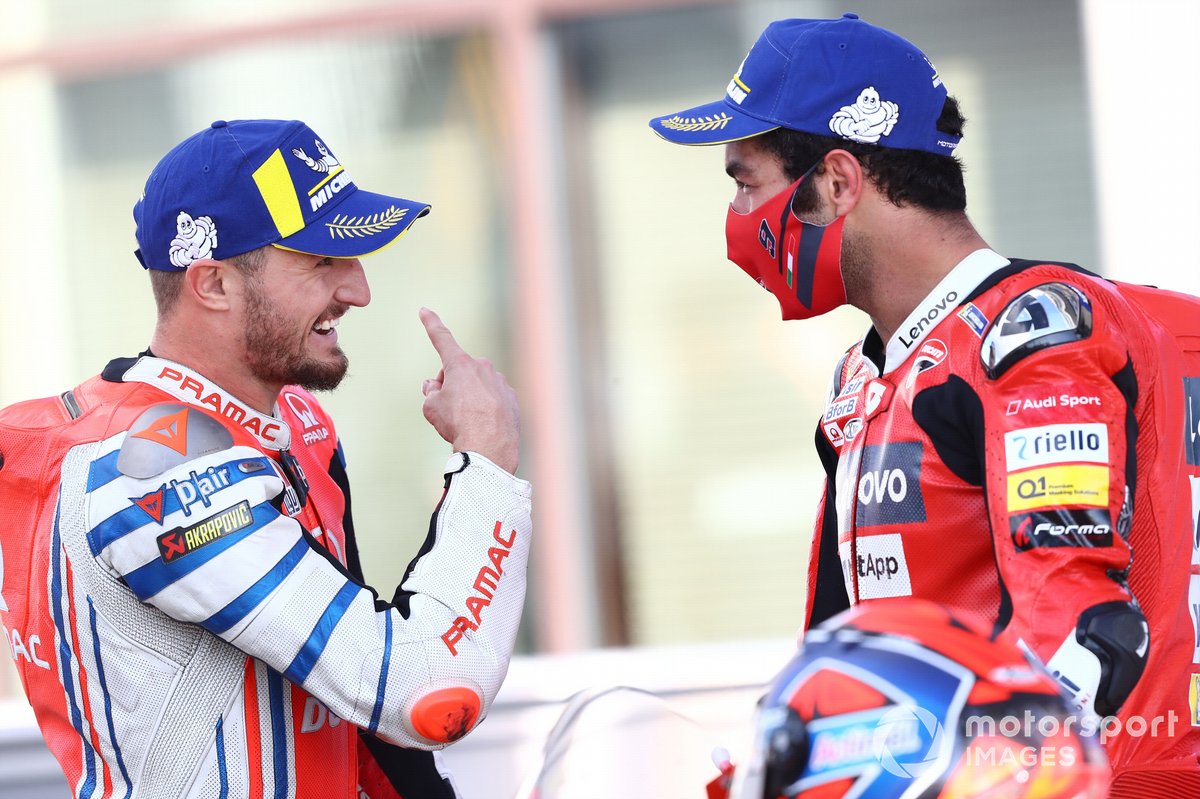 “He was a great team-mate. He was fantastic, we had a great atmosphere in the box.

“As you can tell we are both quite easy-going guys, we both have quite a similar character.

“But I just want to say that I don’t think we appreciate what he’s done, where he came from, this Ioda [CRT bike in 2012] to where he arrived to.

“He did a fantastic job, he was a great inspiration for the sport and also how he changed his life to fit in this sport, because doesn’t have the physical normality of his sport.

“But he really sacrificed everything for this sport and that shows the true racer that he is.

“I think on behalf of everybody we have to say thanks to you for what you’ve done.”