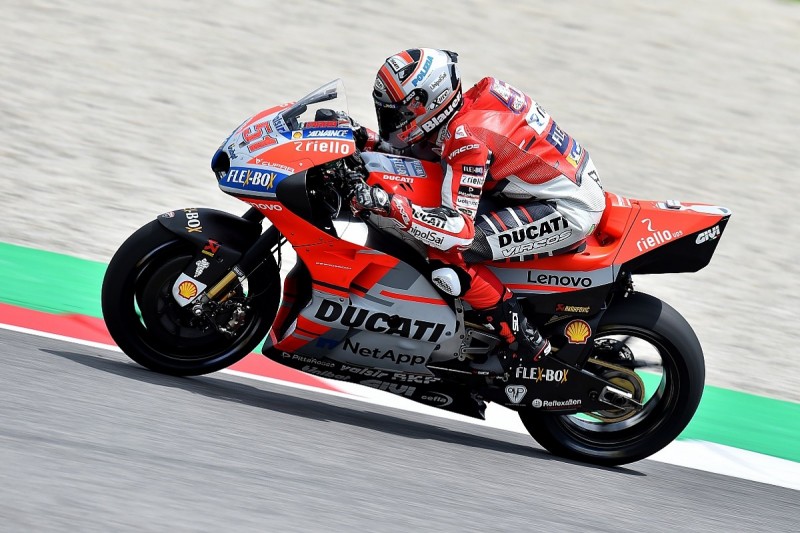 Pirro was knocked unconscious in the impact as his front wheel locked and launched him into the air at over 165mph approaching San Donato during Friday's second practice session.

He was however alert by the time he was taken by ambulance to the circuit medical centre, and he was then transported to Careggi Hospital in Florence by helicopter.

The MASSIVE @PirroRider crash that brought out the red flag in FP2 ?

The wildcard @DucatiMotor rider suffered a HUGE get off at San Donato #MotoGP | VIDEO ? https://t.co/ullRnX2ixo pic.twitter.com/7NwIbto466

Ducati released a statement on Friday evening revealing the extent of Pirro's injuries, saying he was "diagnosed with concussion and a dislocated right shoulder, which was put back into place" in the medical centre.

The Italian was then given a full body scan at hospital, where "no further complications emerged".

Pirro will remain under observation until Saturday morning at least, but the 31-year-old is highly likely to be ruled out of what was set to be his first of three MotoGP race appearances this year.

Following Mugello, his other scheduled outings in 2018 are at Misano and Valencia.