Vinales rode both the 2016 and '17-spec Yamahas on Tuesday and reported good feelings with both as he set the pace.

The next day his task was to further compare the two types of chassis, but Vinales was only sixth in the order, nearly half a second slower than on Tuesday and with no idea why.

"[The] first day was not so bad so I'm quite happy with the first day, I was feeling really good," he said.

"Something still we don't understand, and to decide which chassis to take, which way to take, you have to be very clear and sure about the decision."

Yamaha will next test at Sepang next week, and Vinales said he will continue trying out both the 2016 and '17 chassis in Malaysia.

"For sure we have to test more. It's difficult to take a decision [on the 2018 specification] right now," said Vinales.

"We have to continue working, continue testing the things. When you can do two or three full days in a good mood, you can decide.

"But right now it's very difficult.

"With the '17 I have better traction and better acceleration, and with the '16 I feel better with the front. It's what I was feeling during all the year.

"Finally let's see - [whether] we take the '16 and we work to make the acceleration good, or we get the '17 and try to make especially the brakes and the corner speed better.

"We have to decide which way is the easiest to be fast." 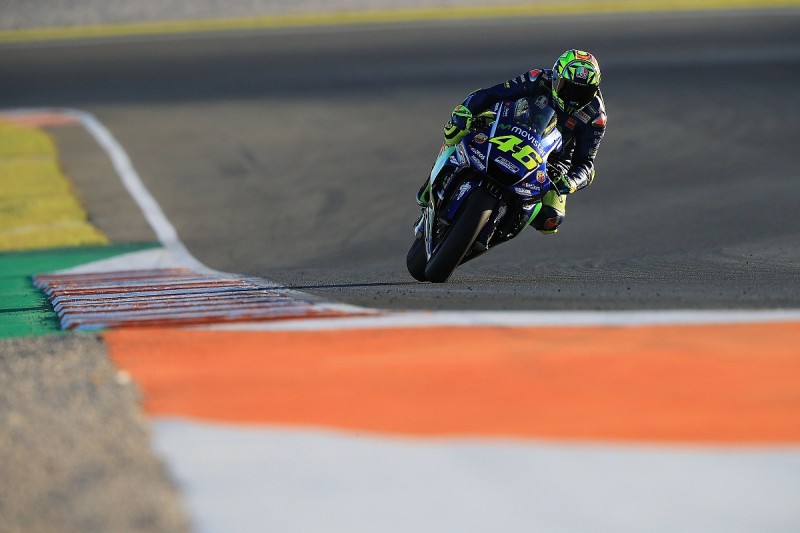 Fellow factory Yamaha rider Valentino Rossi only rode the 2016 chassis on Wednesday, as his task was to test a new engine and compare it with the old one.

"It was a long day but productive," said Rossi.

"We tried some different things and we had some positives and negatives but it's not so bad.

"At the end I decided what is my favourite and now we'll confirm in 10 days in Sepang if it is the same or something else."

Lorenzo: 'Delayed' Ducati behind on 2018 bike compared to rivals