Marc Marquez’s rival MotoGP riders have praised his comeback efforts at the Portuguese Grand Prix, admitting they “expected” him to be strong despite nine months off his Honda.

The six-time MotoGP world champion qualified sixth and finished seventh in his first race since suffering the right arm break in last year’s Spanish GP that would require three operations and rule him out of the 2020 season.

Marquez broke down in tears when he returned to his Honda garage after the race, admitting he “exploded” with emotion having dreamt of that race for so long.

Speaking after the race, Portugal winner Fabio Quartararo says he was not surprised to see Marquez going so strong on his first weekend back.

“I expected that,” he said of Marquez’s race.

“He finished a little bit more than 10 seconds from the lead, but he never made 25 [laps] in a row [at Portimao].

“This track for me is the most physical track on the calendar; now he knows the feeling of doing a full race on a tough track.

“So now he will come back to a track he knows pretty well in Jerez, so for me it’s the result that I expected and in qualifying he was impressive. So, he’s back.”

Reigning world champion Joan Mir echoed Quartararo’s thoughts, adding: “For me also I expected one result like this from Marc.

“The truth is that he looks like he’s close to 100% and he was able to make a strong comeback.

“The truth also is that he’s been really, really strong also this weekend. 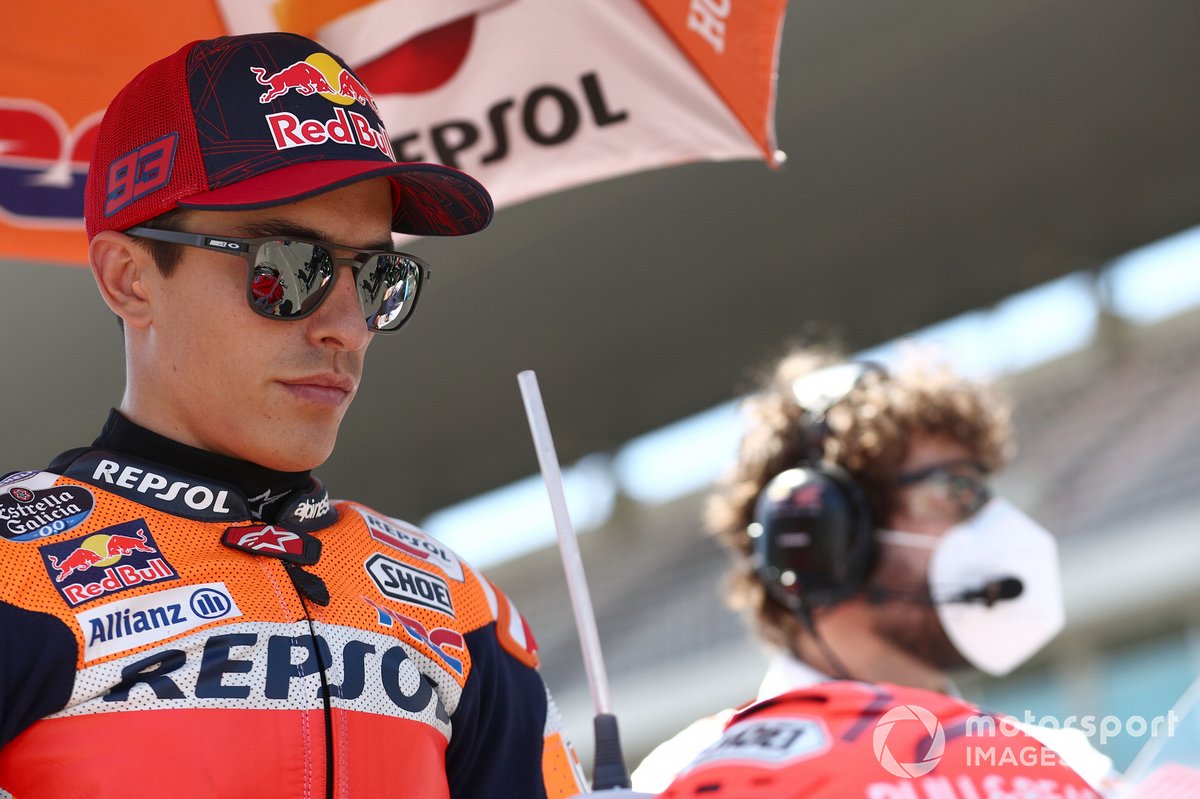 “It’s the first test he did with the Honda and for sure it’s not the same Honda from when he left.

“He and his team did a great job and he managed to finish first Honda.”

Ducati’s Francesco Bagnaia notes Marquez wouldn’t have returned last weekend had he not been competitive and is sure “he will be on top” next time out at the Spanish GP.

“I was expecting his return would be like this,” Bagnaia said.

“And after a weekend like this, because he was third in the first session, sixth in the second session, qualified sixth.

“I was thinking he would try to fight for the top 10 and he finished seventh - I was thinking that he was able to make a result like this.

“I think also he wouldn’t comeback if he wasn’t at 100%, so I think physically he is on top.

“For sure, riding a bike is different physically and riding for 25 laps is difficult.

“But he made what I was expecting, and at Jerez he will be on top for sure.”