Alex Marquez says his run to a season-best fourth in the MotoGP Algarve Grand Prix was “really important” having 'hit a lot of shit' this season.

The LCR rider remained a factory-backed Honda rider for 2021 despite being moved out of the works team, but – like all Honda riders - has found the going tough this season.

Registering six DNFs across the campaign so far and previously scoring a best finish of sixth in the wet French GP, having mustered two podiums in his 2020 rookie season, the younger Marquez brother is last of the full-time Honda riders in the standings in 16th.

Enjoying a strong Algarve weekend, Marquez came from eighth on the grid and fought Ducati’s Jack Miller for third – only to be denied a final assault when the race was red-flagged on the penultimate tour.

When asked by Autosport how significant this result was mentally for him, Marquez responded: “It’s really important, not just for me, for the team.

“We hit a lot of – speaking clearly – shit this year. It’s a really good thing to feel this, to feel that we can be fast, that we can fight for good results with the other manufacturers.

“It’s just a reset. I never stopped believing in me, I always believed this was possible and I’m in the right project.

“I just want to keep going like this, make a good race in Valencia, make a good test at Jerez, and prepare for 2022. This is my main objective now and I will try my best.” 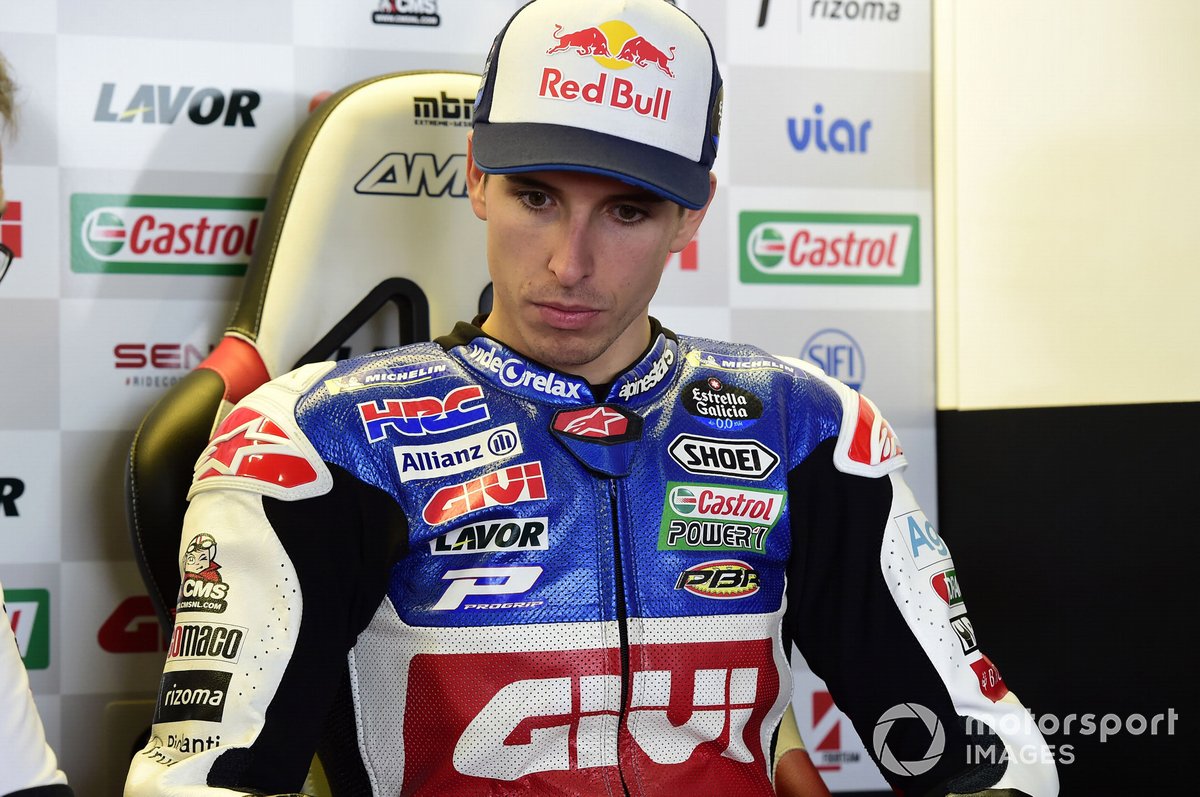 Marquez’s strong race was largely down to his decision to run the hard rear tyre, which Michelin had actually advised the factory Honda riders not to use as it was thought the compound would be too hard for the RC213V.

But Marquez’s decision ultimately prompted Pol Espargaro to go with the same tyre, and the factory rider credits his LCR stablemate for his own run to a strong sixth.

“I was completely blind going to the race with a tyre we hadn’t tried, so I was a little bit scared for the first laps,” Espargaro said.

“I tried to put my rhythm and straight away I was able to do 1m39s mid-high, and I was shocked.

“It was much better than I expected. Actually, the technician of Michelin was saying this was not the tyre for us, our analysis was saying this tyre was too hard for us and everything was saying we shouldn’t try.

“I don’t know why Alex tried it and it worked. So, what Alex did this weekend was great because he did a very good weekend, but also because thanks to him we all used the hard and for that reason all of us performed better.

“Really Alex deserves this position for his speed during the race but his work during the weekend.”