Marc Marquez admits "I will suffer" in Sunday's Aragon Grand Prix as he will not do any long running prior to his MotoGP race return to preserve his physical condition.

The Honda rider made his long-awaited MotoGP return on Friday at Aragon 110 days after last racing in the series at Mugello, before he took a leave of absence to undergo a fourth major operation on his badly broken right arm.

Marquez ended Friday's running at Aragon eighth overall having made a lap time gain of around 1.6 seconds from FP1 to FP2.

While the humerus bone in his right arm is completely healed, the muscles in his shoulder still need to time to recover, and Marquez is unsure how many laps in a row he can do before he starts to lose strength.

"I never did a long run and I will not do a long run tomorrow," Marquez said when asked what was possible for the race.

"I hope with the adrenaline of the race and all these things [I can make race distance].

"I know that I will suffer, but if you suffer you drop a little bit your pace and you suffer less.

"This is easy. If you increase your pace and you are pushing more, it will be more demanding on the physical side.

"The good thing when you see you are not good enough, you drop [your pace], and it's basically what I did in Le Mans and Mugello – my last two races. 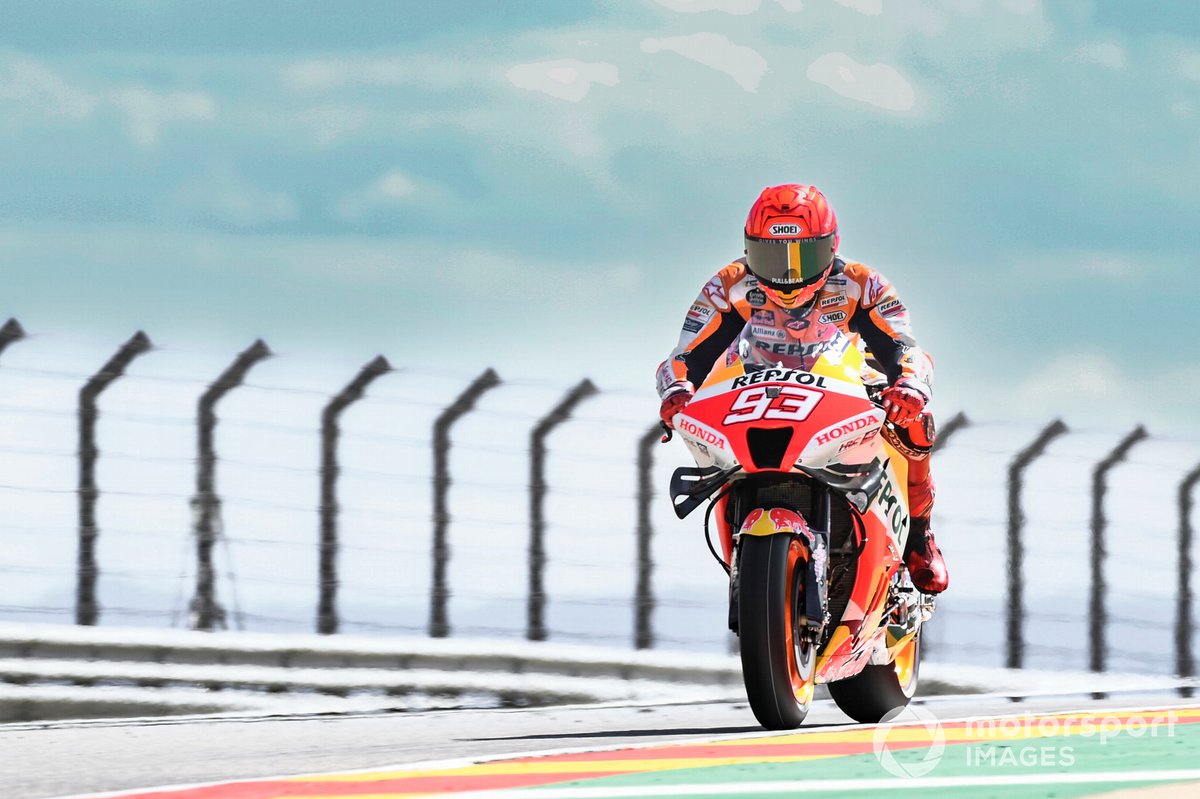 "But then we will see if in the last races of this year the progression is in a positive way and we can ride in a 100% level from the beginning to the end."

Despite his physical limitations, Marquez says he can't afford to simply ride calmly as doing so in modern MotoGP will mean "you are last".

"But at the moment, the actual MotoGP, if you are tranquilo, if you are quiet, you are last.

"You see how tight the times are. Even like this, pushing, it's difficult to be in the top 10.

"So, I'm riding. As always, I try to push, try to find my limits. Sooner or later, I prefer later than sooner, the first crash will arrive.

"But that's normal, it's part of our job, I accept that. Still I need to continue the rehabilitation on the muscle side, but all the bone is perfect."