Marc Marquez should be placed on probation for his riding in last weekend's Argentina MotoGP race, according to Kevin Schwantz

Reigning champion Marquez was criticised for his riding at Termas de Rio Hondo, where he attracted the attention of the stewards for colliding with both Aleix Espargaro and Valentino Rossi - causing the latter to crash.

Schwantz, the 1993 500cc champion, said Marquez should be placed on notice for the remainder of the season for his behaviour in Argentina, with any further contact he initiates met with disqualification.

"He's been penalised for what he did," Schwantz told Autosport. "But I think he should be on probation for the rest of the year.

"He needs to be told that if for any reason whatsoever, he comes into contact with anyone else by his own doing, then he gets parked.

"Even if they were mistakes where he outbraked himself and carried too much speed for the track conditions, he's a champion, he knows what he's doing - so he's going to know that he's too fast even before he needs to commit to the inside of another bike and make contact.

"If he knows that, then his judgement should be, 'I've got in here too hot' and then stand the bike up a little and run out wide before the apex and there's no need to involve the other rider at all.

"You can't just dive in, hit the other guy, and then say, 'Oh, sorry, I made a mistake'. We all know that's not right.

The root of the controversy was Marquez having to make a comeback after receiving a ride-through penalty for taking his grid slot when he stalled and restarted his bike. 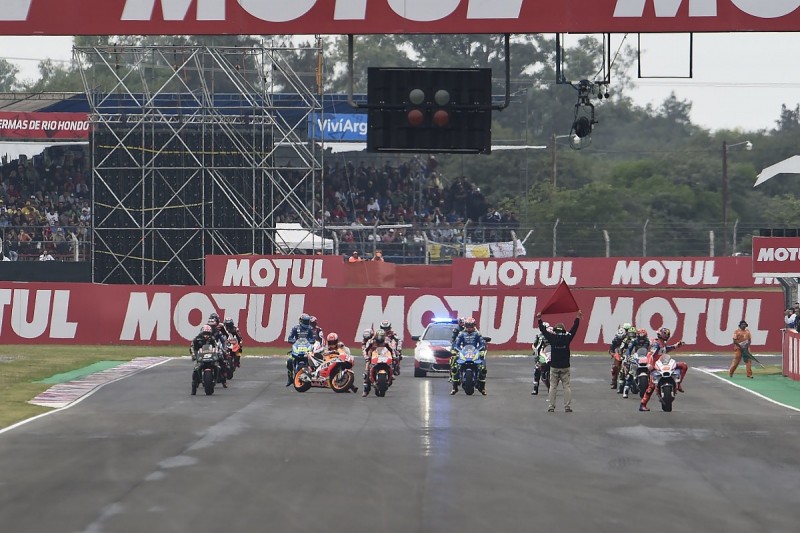 Schwantz suggested that the Honda rider should simply have been disqualified for ignoring an instruction to start from the pitlane.

The Suzuki ambassador also said MotoGP should rethink the practice of handing out such penalties if they make riders see "red mist" like Marquez did.

"Maybe they just get 30 seconds or 60 seconds added to their race time.

"Maybe you don't need to be given the opportunity to be out there once you get that penalty. Because anybody a rider sees when they're that crazy-angry could get hit.

"Nobody should have to be worried about their safety when they're racing."

Asked what he would say to Marquez, Schwantz replied: "Calm the fuck down.

"He doesn't have to do every lap where he's pushing the front, sliding the back, almost crashing, just about saving it.

"He needs to rethink his outlook.

"We know he's a great talent, he's fast, and if he could ever learn to be smooth and fast, I think he'd be amazed how quick he could be."