Honda’s Marc Marquez says he isn’t bitter about losing a potential MotoGP pole for the French Grand Prix at Le Mans, as the top two rows were his “best dream”.

The six-time world champion was on course to claim a sensational pole for the first time since 2019, having gone top in the closing moments of a chaotic qualifying session just as rain began to fall.

But the returning Spaniard - who sat out the entirety of last year and missed the first two races of 2021 while he recovered from arm injuries sustained in the 2020 season-opening Spanish GP - would be shuffled back to sixth after a flurry of late improvements for poleman Fabio Quartararo, Maverick Vinales, Jack Miller, Franco Morbidelli and Johann Zarco.

Typically strong in unpredictable conditions, Marquez admits he still doesn’t feel “comfortable” when his Honda moves aggressively but isn’t convinced having one final lap would have regained him pole.

“But apart from that, yes, today I feel good in FP4, I feel good in the quali. It’s a shame because I was the first rider to take the chequered flag and I needed one more lap, but I’m very happy.

“It’s not an excuse because even like this it was difficult to improve the lap times. So, what I did was correct for me, for our team. 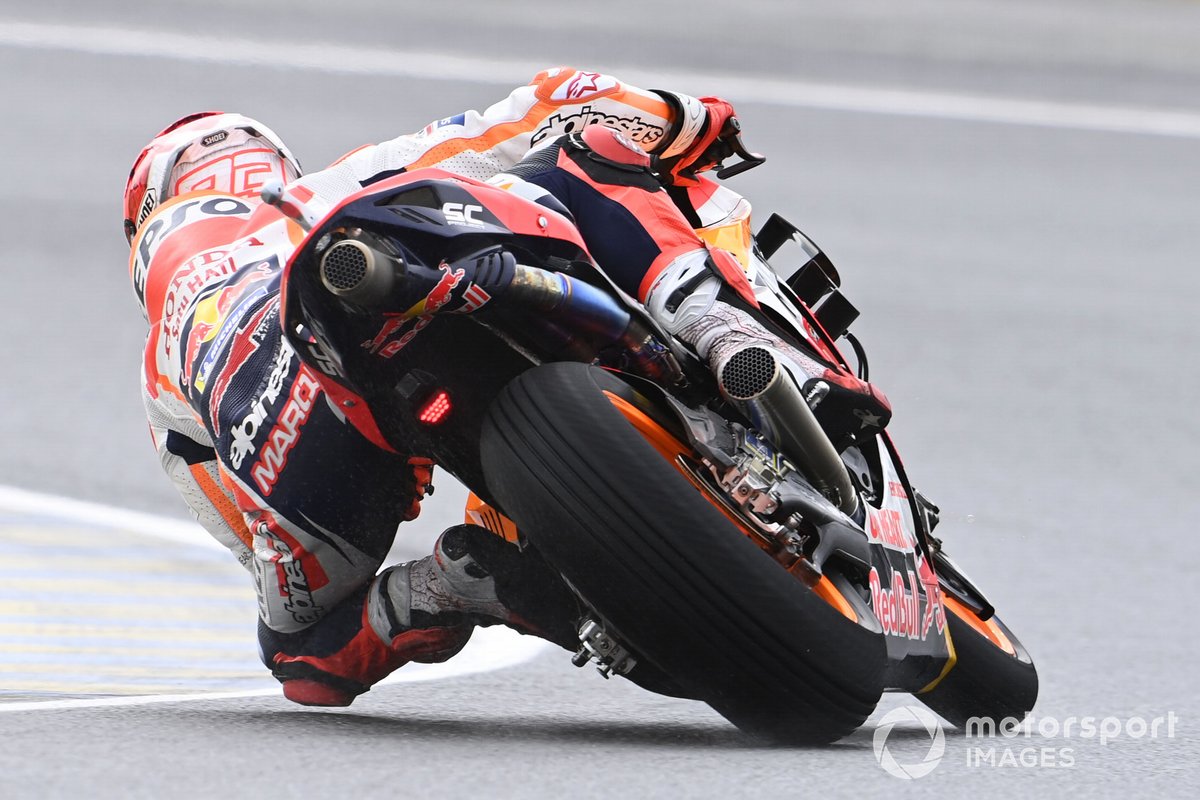 Team-mate Pol Espargaro was also on course for a shot at pole on his final lap, having blitzed through the first sector.

But he crashed at La Chapelle and was consigned to eighth, with a frustrated Espargaro admitting the disappointment was “killing me” as his pace in all conditions has been so strong.

“I’m pissed off with myself because today we were aiming for the pole position or the front row at least,” he said.

“It’s painful because I feel I could do it. I’m pissed off because I knew at Jerez the chance for me was very low, but here I had a huge chance to be in an amazing position.

“I was waiting till the end to make the last push and two or three laps to the end it started to rain and the I slowed down. I’m sure I slowed down too much and then I was asking too much in corner six.

“It’s painful to know that I am one of the fastest but I’m starting in eighth position and the third Honda. This is killing me.”