Marquez ended up third-fastest behind Andrea Iannone and Dovizioso in Friday's running, despite falling at Turn 2 while sampling a new aerodynamic fairing on his works Honda machine.

Although the deficit to the pacesetters was just 0.167 seconds, Marquez felt the real gap between himself and works Ducati rider Dovizioso in terms of ultimate pace was much larger.

Marquez also struggled for long-run pace on what he described as "one of the worst tracks on the calendar" for the Honda.

"He was very fast," Marquez said of Dovizioso. "Maybe one lap he didn't push 100%, but he was very consistent, riding in low-1m55s easily, for many, many laps.

"At the moment we are maybe six, seven tenths behind. [On Saturday] the target is try to be three or four tenths behind him. I know that will be not the same pace, but [the goal] is to be closer."

Asked if he felt anybody else was looking threatening, Marquez replied: "The Suzukis, especially Iannone. Not only on one lap, but also his race pace is very very good. And then [Johann] Zarco." 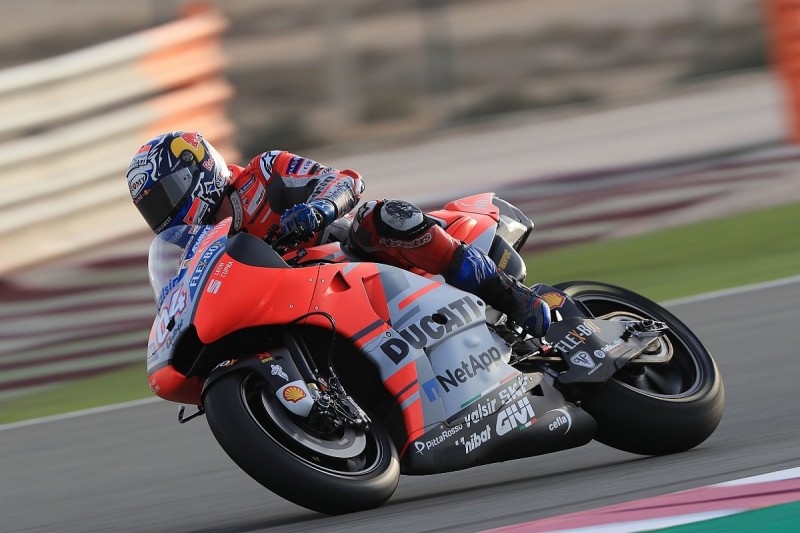 Dovizioso has yet to top a single day of pre-season testing, but has been consistently among the frontrunners - and praised the job his Ducati team has done up to now.

"It's just positive because it's the first year we are really a contender in the championship from the beginning," he said.

"Last year it wasn't like this, so this makes me happier and I feel good in this situation. We worked very well in the tests we did until now.

"Normally during the tests it's always difficult to test everything you have in the right way, but until now we did everything perfectly, [in] Malaysia, Thailand and [Qatar]. So I'm really happy."