Marquez was running behind Rossi during the duo's final run in Q2, and the Honda rider looked set to improve on his final flying lap with an effort that would have challenged for pole position.

However he was so close to Rossi that he had to overtake the Yamaha at the fast Curvone right kink at Turn 11.

But Marquez's corner exit was compromised and he ran off-track, ruining his lap in the process, and Rossi was able to sneak back ahead of Marquez into Turn 13.

Rossi then ran wide at the Turn 14 Caro hairpin, which compromised Marquez, who was still pushing at that point - with the duo nearly colliding. 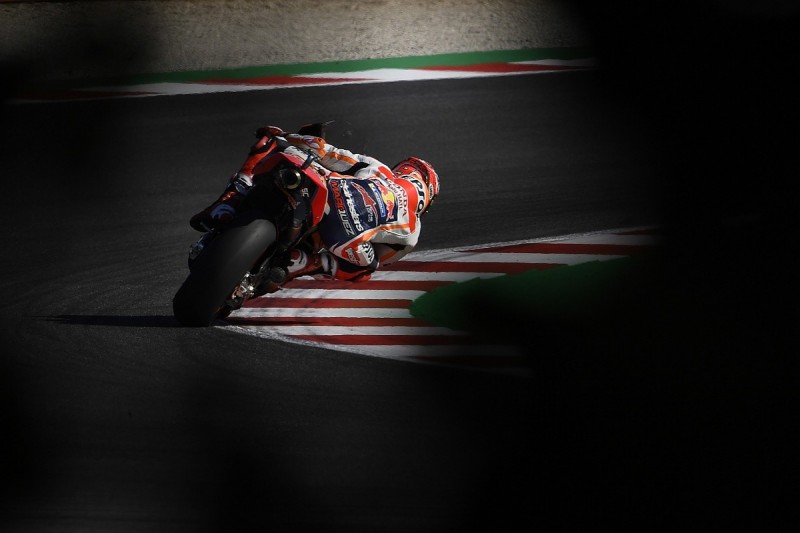 Neither Marquez, nor Rossi were able to improve and they qualified fifth and seventh respectively.

Both riders were summoned to race direction for 4:45pm local time, with no further action taken.

Rossi and Marquez have a famously fractured relationship, after the pair had several on-track clashes during the 2015 campaign - which came to a head with the infamous 'Sepang clash', when Marquez crashed after Rossi ran him out of road at the Malaysian venue's penultimate corner during a heated scrap.

Their rivalry reared its head again during last year's Argentine Grand Prix, when Marquez collided with Rossi as he attempted to recover from a ride-through penalty and took the Yamaha rider out of the race.

Marquez was also called in by race direction at Brno this year, when he had a run-in with Suzuki's Alex Rins in qualifying - though came away without a penalty on that occasion.