The Honda rider underwent surgery on his right shoulder in late November after having injured it during qualifying at for the Malaysian Grand Prix - when he crashed heavily trying to chase Petronas SRT's Fabio Quartararo - and then aggravated the injury further in a fall during the post-season Jerez test.

This past off-season has thus marked the second consecutive year that the six-time champion has had to seek shoulder surgery, having undergone a procedure in December of 2018 to stop his left shoulder from repeatedly dislocating.

Marquez, who says he has had to "cancel everything" in terms of his holiday plans as a result of this latest surgery, says rehabilitation has proven "more complex" than anticipated.

"The recovery hasn't been more intense than last year's, it was less painful but more difficult," Marquez said.

"They [the doctors] warned me that when you open up the shoulder there are a lot of nerves and muscles and that they could touch something that could affect the mobility of certain muscles that are very important for the shoulder, and that's what we are working on.

"Up until two weeks ago I had zero strength and I couldn't even lift a glass of water.

"But over the past few days the nerve has started to respond and we've improved quite a bit.

"I'm doing two hours of rehab in the morning and two more in the afternoon, I'm spending almost the whole day on my body, trying to improve but always being mindful of the fact that the first race is in Qatar and that there's deadlines to be met." 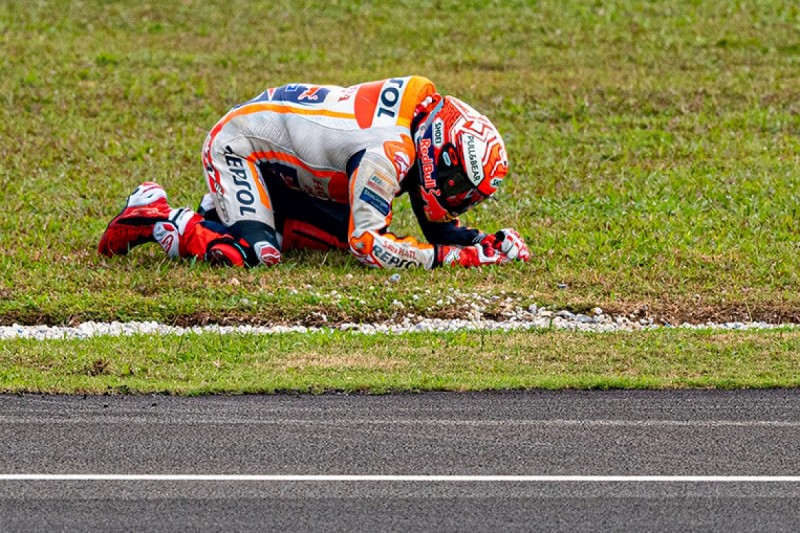 Marquez still expects to be sufficiently fit for the first pre-season test in Sepang on February 7-9, and hopes to have a practice run on a road bike before that as he believes "there will be little point in doing the [Sepang] test" otherwise.

"Last year I regained fitness just in time for the tests and this year will be similar.

"The last two weeks we have taken a step forward, but before Reyes ['Three Kings Day' feast, January 6] I was not at all optimistic."

Despite this, Marquez is confident his 2020 season will in no way be hampered.

"It's hard to know what kind of season we'll have. In any case the shoulder is not going to deprive me of anything," he added.

"Last year I managed the workload in the first three or four races. This year I hope to be able to go flat out from the first race."

Yamaha: 2020 M1 designed to be better in MotoGP pack races