Honda’s Marc Marquez has responded to his high crash rate in the 2021 MotoGP season, admitting “saves doesn’t exist in my dictionary right now”.

The six-time MotoGP world champion has registered the most crashes of any rider on the grid from the first 13 rounds of 2021, despite missing the opening two races through injury.

After adding two more tumbles to his tally so far this weekend at the Aragon Grand Prix, Marquez now stands on 18 crashes – the latest coming at the end of FP3 when he fell at the Turn 14 right-hander.

But since his return to action in Portugal, having sat out all of 2020, Marquez has still not recovered full strength in his right shoulder and is having to adjust how he rides the Honda.

As a result, he is no longer able to save many of the front-end moments he became famous for in recent years.

“This is an extreme situation that I have never experienced before and I don't wish it on anyone,” Marquez said.

“It is true that there have been many falls, although half of them I would have saved two years ago. But saves don't exist in my dictionary right now.

“This morning [in FP3] I had a crash that I would have saved perfectly. The easy thing would be to cut [the speed], to go slower, but that's not my style. 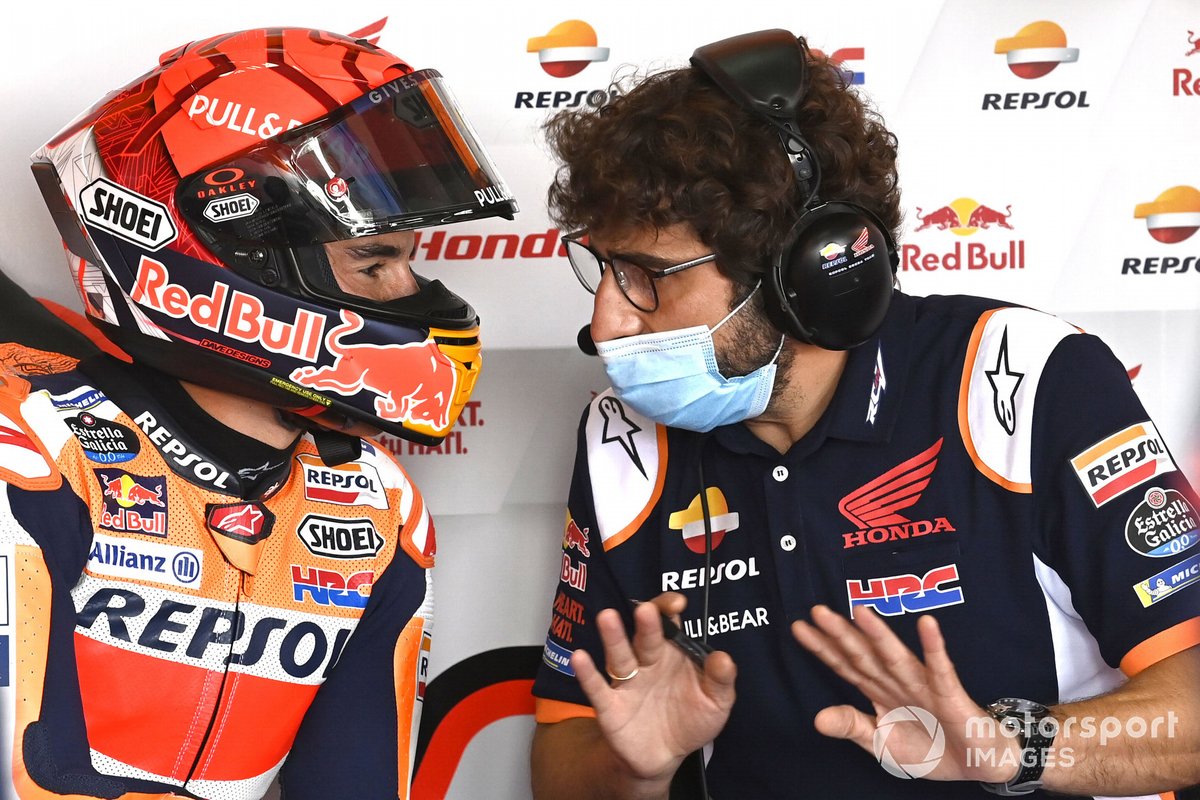 Many expected Marquez to struggle less this weekend at Aragon as it is an anti-clockwise circuit, and therefore puts less emphasis on the right side of his body.

It was at a layout like this, Germany's Sachsenring, where Marquez stormed to his first victory since his comeback in June.

Qualifying fourth for Sunday’s 23-lap race, Marquez admits he isn’t able to push at Aragon in the same way he could at the Sachsenring – but is confident he can run in the lead group.

“I don't have the capacity to do all the laps to the maximum, this circuit is not like Sachsenring,” he added.

“But I do have the level to ride with the front group.”