Marc Marquez admits he was “scared” after his big MotoGP Spanish Grand Prix practice crash on Saturday as he briefly “didn’t remember exactly what happened”.

The Honda rider – competing in the second weekend of his comeback after a nine-month injury layoff – had his first crash of the season at Jerez during Saturday’s FP3, sliding off at the fast Turn 7 left and going hard through the gravel.

Marquez went to hospital for precautionary checks but was able to return to action for FP4, before going on to qualify in 14th.

But Marquez revealed he briefly struggled to remember the events of the crash, which prompted his transfer to hospital – though admits he felt fine by the time he got there.

“Yeah, we knew that sooner or later will arrive the first crash of the season,” he said when asked by Autosport if he was worried about his recovering right arm in the crash.

“Maybe I chose one of the worst points of the circuit and I didn’t expect it.

“But in the end when you push for a lap you don’t think about the risk, you just push. Yesterday I was conservative but today I tried to attack. Unfortunately, when I attacked I crashed and it was a big crash, especially the impact against the air fence was with high speed.

“But thanks to the air fence I’m here. 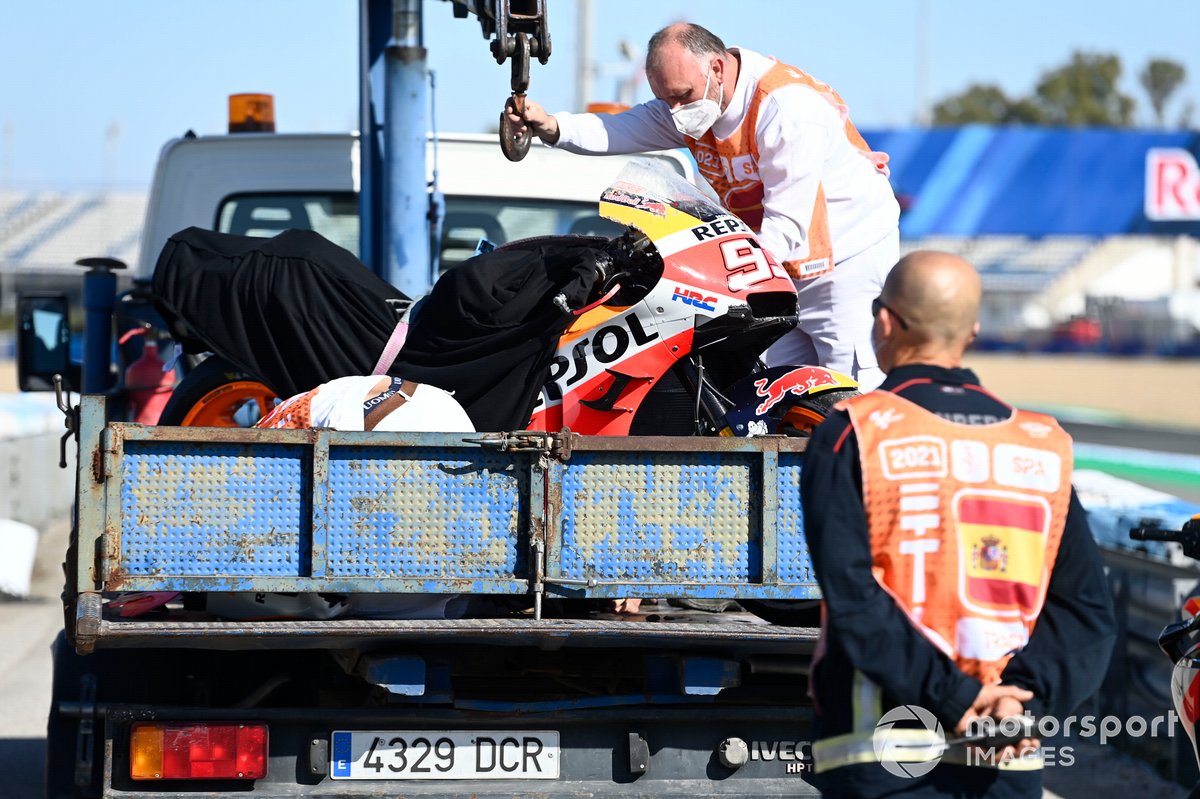 When asked about the process which led to him being taken to hospital, Marquez added: “I went to the medical check at the circuit and there they checked everything and I felt ok in that moment.

“I felt ok and then I went to my motorhome, to my truck, but when I arrived to my truck and sat, I was there for 10 minutes I started to lose a little bit the head.

“I started to not know exactly where I was, to lose a little bit [in] the head.

“Immediately I called to the doctor and say I have this feeling, [and they said] ‘ok we must check in hospital’.

“When I went to the check it was more for the neck, the consciousness check, the head, the neck and the back.

“It was more what I suffered more in the impact. I didn’t feel nothing in the arm.

“Also, I want to clarify I’m here, I’m riding and I’m pushing because what the doctors say to me in case of impact I have the same possibility to break my left or right arm.

“So, the bone is completely fixed.” 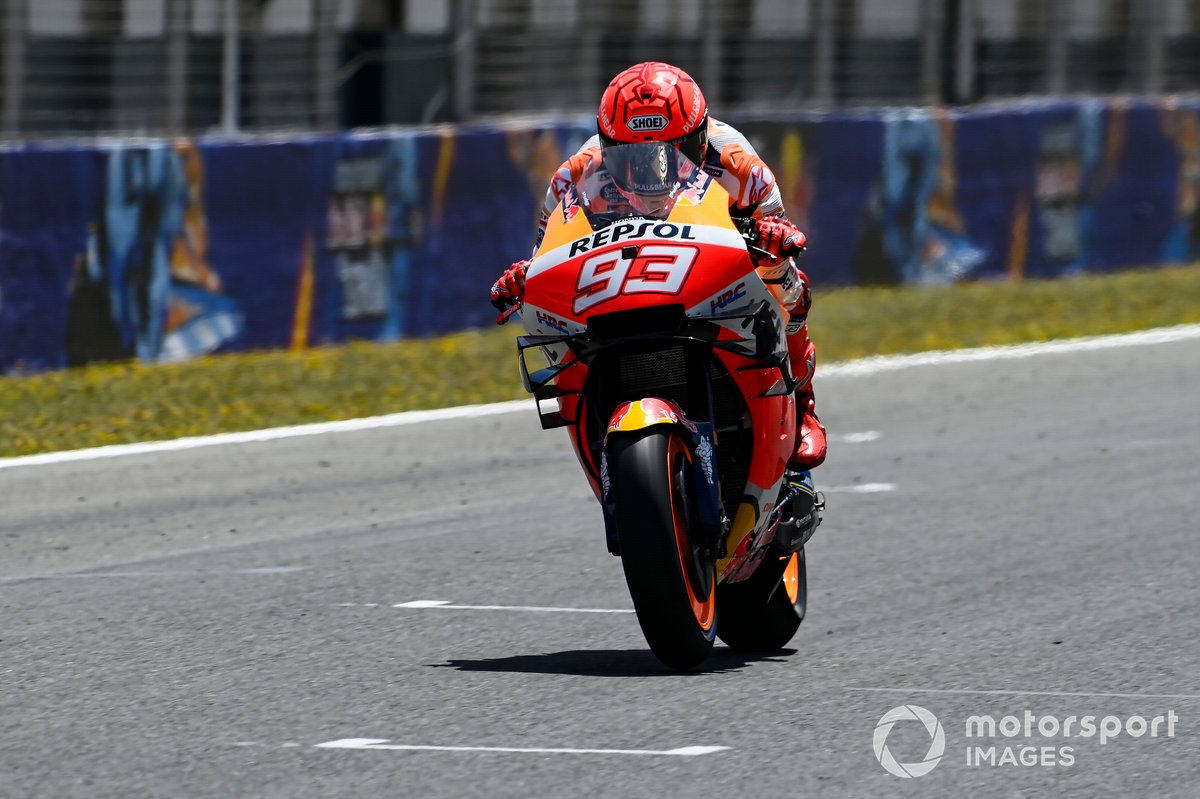 Marquez noted his FP3 crash forced him into running the soft front tyre in qualifying, which is unusual for the Honda rider.

He concedes this turned out to be a mistake, but felt it was the safest option after his fall.

“This crash affected me in the qualifying,” he said. “I chose the soft front tyre because of the crash, not because I feel good on the soft tyre.

“It was more because maybe the soft tyre I will feel safer on the left corners, but we did a mistake because we chose the tyre thinking more about the risk and not about the performance.

“It’s a little bit of a shame because I feel strong this weekend and today was the first day that I started to feel the bike and was riding in a good way.”