The COVID-19 outbreak has infected more than 12 million people worldwide and killed some 548,000, with Spain one of the hardest-hit countries in Europe.

Having caused the original MotoGP 2020 season to be scrapped, the season will begin at Jerez next week with the first of two races at the circuit as part of a 13-round campaign.

In tribute to all those affected by the COVID-19 crisis and to show solidarity, the Marquez brothers will sport special helmet designs carrying the message 'Pushing Ahead Together'.

Both Marc and his MotoGP rookie brother Alex Marquez will auction off their helmets after the race, with all proceeds going to the Red Cross Response.

Commenting on his new helmet, reigning world champion Marc said: "After two and a half months of confinement and after seeing the crisis caused by COVID-19, I wanted to somehow pay tribute to all the people who have suffered and continue to suffer due to this pandemic and also to all the professionals who have worked tirelessly during this time. 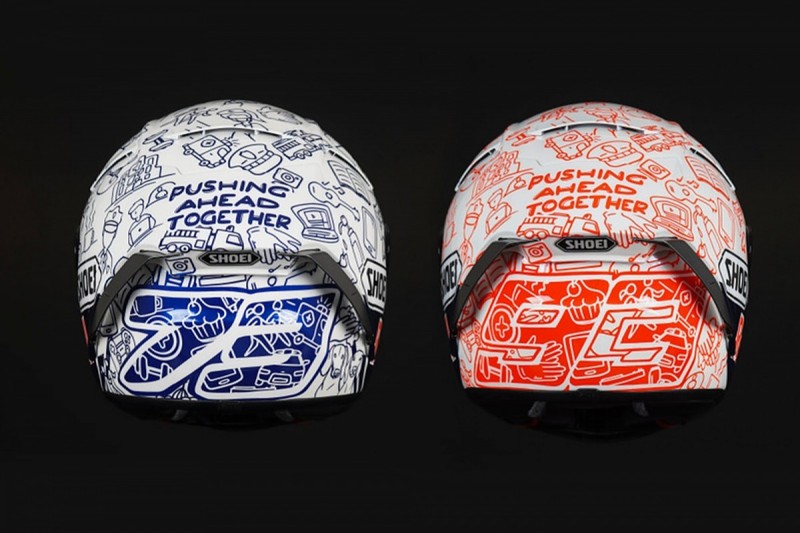 "After much thought and talking with my brother Alex, we believed that the option of making a helmet with a special design would be a nice tribute to all of them, and at the same time, with the auction after the grand prix, we can add another grain of sand to combat this pandemic."

Alex added: "Finally I will be able to debut in the MotoGP category at the Spanish Grand Prix, a dream come true, and there will be no better way to do it than wearing this beautiful helmet for all the meaning that this design entails.

"We spent days talking with Marc about what we could do when the competition came back, and designing a special helmet was a nice way of showing solidarity with all the people who have had it and are having a hard time in this very difficult period for society, and time to thank all the professionals for their work."

The Marquez brothers have joined many of their fellow riders during lockdown in supporting the fight against COVID-19, donating money and medical equipment to hospitals and communities.