Honda has announced that Marc Marquez will travel to Misano with the aim of making his MotoGP return at the post-San Marino Grand Prix test on Tuesday.

The six-time MotoGP world champion has been out of action since May’s Italian GP after he went for a fourth major operation on the right arm he badly broke in 2020.

The operation has so far proven successful, with Marquez cleared to up his training last week and return to riding motorcycles.

Marquez took to the karting track at Aragon on a Honda CBR600RR for his first test in three months.

Satisfied with the progress of his recovery following his test, Marquez will arrive on Friday night into Misano and will undergo a medical check on Saturday.

If he is cleared to ride, Marquez will make his MotoGP return on Tuesday at the post-race test at Misano, which will run across two days.

From here, he will likely make his final decision as to when he will come back to racing full-time.

A brief statement from Honda read: “Satisfied with the condition of his right arm, Marc Marquez will travel to Misano with the intention of riding the Honda RC213V during the post-race test.

“After two positives tests aboard a Honda CBR600RR at the MotorLand Aragon circuit on 31 August and 2 September, Marc Marquez has gained valuable knowledge on the condition of his arm. 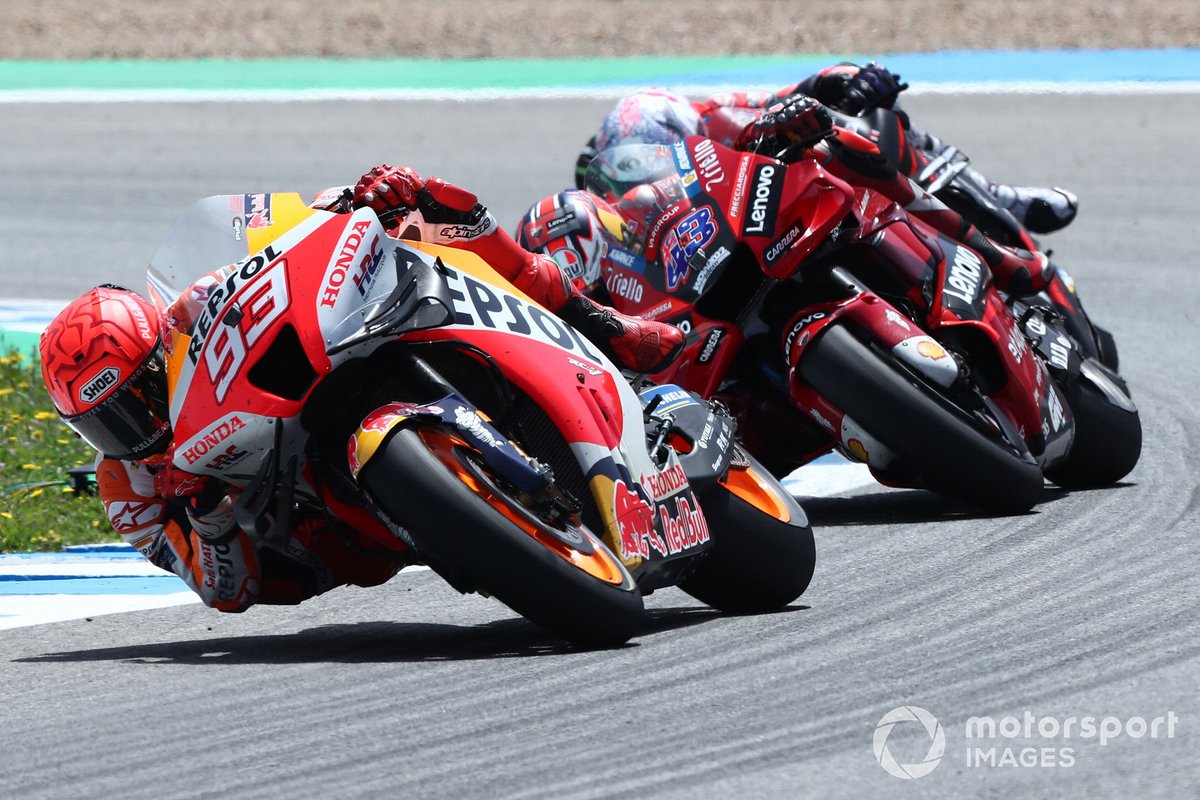 “With the information gained and satisfied with the progress of his right humerus, Marquez will now travel to the San Marino GP with the intention of testing his physical condition further on his Honda RC213V during the post-race MotoGP test.

“The eight-time world champion will arrive in Misano on Friday evening to once again observe and work alongside his team and HRC before aiming to take to the circuit on Tuesday.”

Marquez has repeatedly stated his intention is to be able to race again in 2022 if his operation was a success.

During a visit to the paddock in Austria, he told the media that he also wouldn’t wait until he was 100% fully fit to return to riding a MotoGP bike as it is impossible to get back to full strength without doing so.

HRC test rider Stefan Bradl has raced in place of Marquez while he has been absent, though the German believes this has been detracting from his vital role in spearheading development of the troubled RC213V.

Marquez took his last MotoGP win at Misano last year when he led a Honda 1-2 at the Emilia Romagna GP, which marked his first success at a clockwise circuit since he broke his right arm.