A Honda statement said the accident caused minimal disruption to the testing programme.

Marquez was quickly passed fit to ride again after a check in the Spanish Grand Prix venue's medical centre, although he did not return to the track.

"I crashed in the afternoon and dislocated my shoulder, but luckily it was nothing serious," said Marquez.

"We did most of the work we had planned, which is good.

"Now I'll have some rest back at home and get ready for the next test in Qatar." 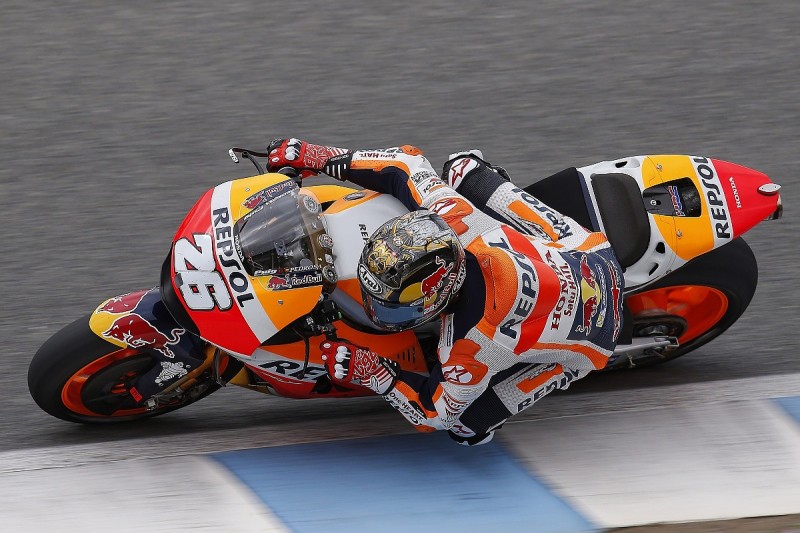 Both Marquez and factory team-mate Dani Pedrosa were running at the test, which was reduced from the planned two days to one due to rain on Friday.

Honda scheduled the running, taken from its allocation of five private test days, to try to get fully on top of concerns over its new engine following the two official pre-season tests run so far.

Though Marquez has been a frontrunner on the timesheets, he has insisting he is not yet comfortable with how the bike is behaving and that the engine is not working in harmony with the electronics.

Pedrosa declared that Honda was "satisfied" with what it accomplished at Jerez.