Marc Marquez insists he just wants to steady his MotoGP title defence with a podium at Austin, a circuit he habitually dominates, this weekend

The Circuit of the Americas joined the MotoGP calendar in Marquez's rookie year, 2013, and the Spaniard has since won all four races from pole position.

But Marquez has endured a difficult start to his title defence, finishing a distant fourth in Qatar and then crashing out of the lead in Argentina.

It means the Honda rider is eighth in the riders' standings on 13 points, 37 adrift of double winner Maverick Vinales, and Marquez admits he needs at least a podium in America to regain "a bit of stability".

"I want to get a good result and Texas is a circuit that I like," said Marquez.

"I'm not even talking about winning, but about fighting for the first podium of the year.

"We need a bit of stability because Vinales has won twice already and Valentino has been on the podium twice. Both Yamahas appear to be very competitive.

"If there's a chance of winning in Austin, I will try, but we have to understand if it's possible. We must learn from the error in Argentina.

"We'll see when we get there, but I insist that a podium finish would be ideal to regain some stability." 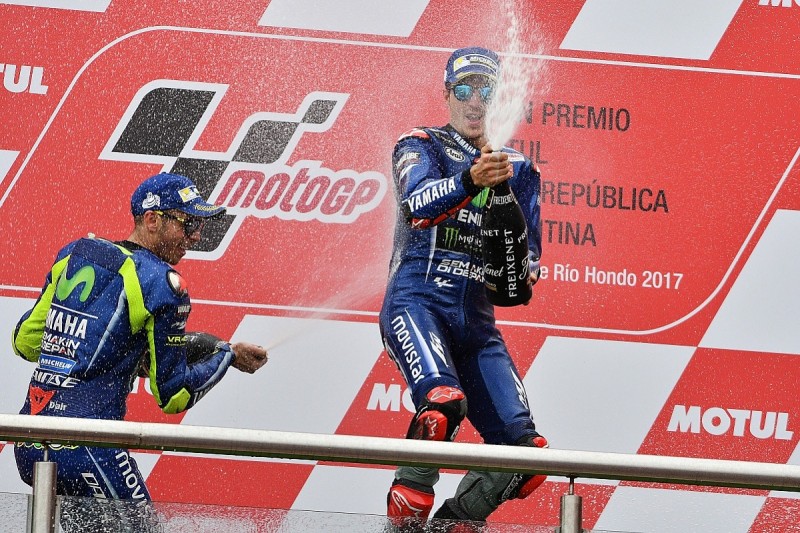 Vinales believes he has a good shot at interrupting Marquez's Austin run.

The current championship leader finished ninth and fourth at Austin in his two seasons with Suzuki.

"I know Marc is really good there but also it's one of my favourite tracks," Vinales said.

"It's one of the tracks that I'm normally fast at.

"We're going to try to go there with the same mentality as [Argentina]; try to make a good set-up, we know we have a competitive bike, we only have to know the way how to go fast.

"I think it's possible. We're going to to work hard, Texas is a really good track for me, I always feeling really good [with the] changes of direction, fast corners, hard braking.

"I'm quite confident we can do a good result."