Francesco Bagnaia says it would be “great” to get his first MotoGP win on his and Ducati’s home turf at the Italian Grand Prix, but admits “it’s not my objective”.

Bagnaia comes into this weekend’s Mugello race second in the championship and just a point off the lead having scored three podiums in 2021’s first five races.

Ducati has won the Italian GP at Mugello for the event’s last three editions and is favourite to continue that run following back-to-back victories for Jack Miller at Jerez and Le Mans.

Bagnaia is yet to register his first MotoGP win but believes it is more important to focus on being consistently competitive all weekend rather than focusing fully on victory.

“It would be great to win my first race here, but at the moment it’s not my objective,” Bagnaia said on Thursday.

“First of all it’s more important to be constant and competitive from the start of the weekend.

“And then if the win will be possible, I will try to achieve it.

“But at the moment, I’m just thinking about being competitive, like the last races.

“In Le Mans, I just had the luck to have wet conditions because I was struggling a lot at the start of the race.

“So, we have to understand in which way this weekend goes to be competitive, like in Portimao, like in Jerez and then we’ll see. 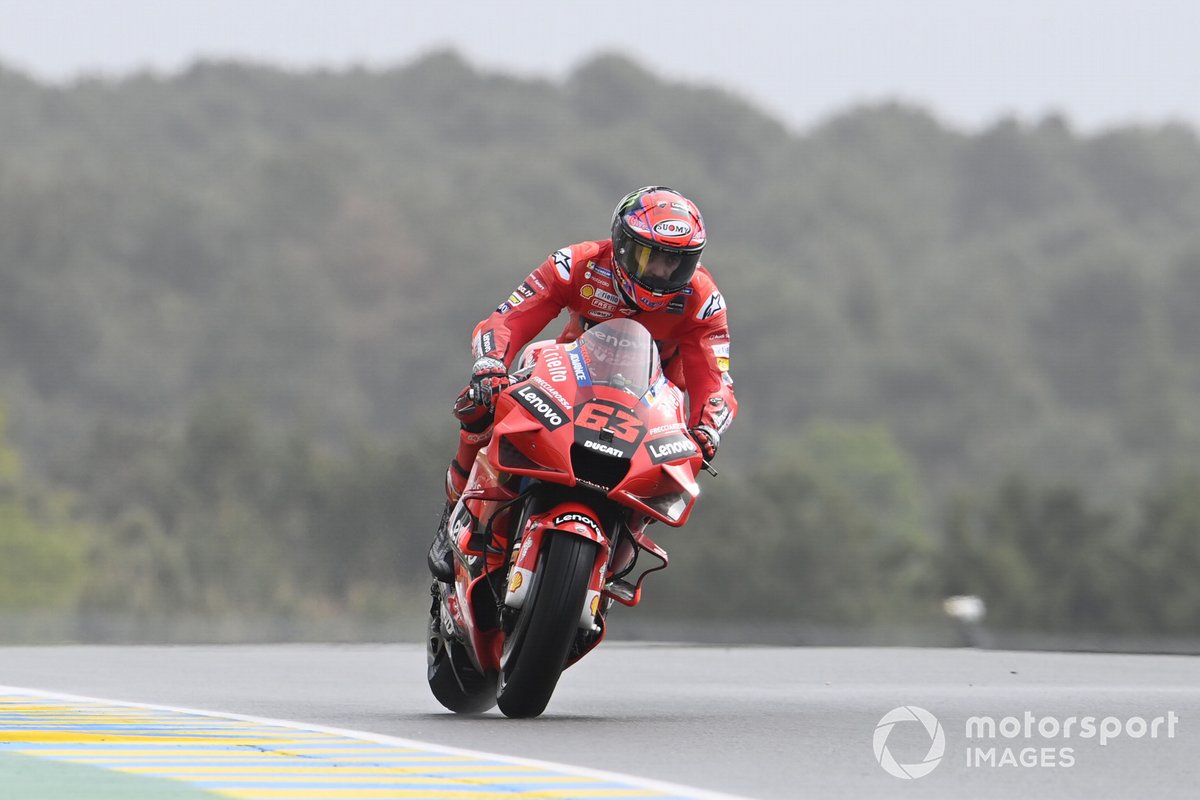 “It’s a track that I like, it’s a track where Ducati is really suited.

“Let’s wait for the weekend, but I think we can have a very good opportunity.”

Team-mate Miller is just 15 points adrift in the standings in fourth ahead of the Mugello race and comes into the Italian GP with his 2022 Ducati future secured.

Only finishing once at Mugello in his MotoGP career, Miller hopes to celebrate his new contract by ‘righting’ his Italian GP record.

“I think if you were unhappy if you were in my situation, you’ve got something going wrong!,” Miller said.

“I’ve had a pretty phenomenal couple of weeks.

“Feels unreal to get the contract signed up and not have to worry about that for another eight months or so and just focus on what I enjoy the most, which is riding my motorcycle.

“Mugello demons… it’s a place I love. On my report card at Mugello, let’s say, it’s not been a pleasant one.

“I’ve always been pretty quick here, but just haven’t been able to see too many chequered flags here.

“So, I’ll try to right that this weekend.”