Lowes, who graduated to the premier class from Moto2 this year, is currently a free agent for the 2018 season after Aprilia opted to terminate his two-year contract early and instead hire Scott Redding.

The Briton's options to remain on the premier-class grid next year are limited, with a Marc VDS Honda ride understood to be the only possibility.

"If it's not possible [to stay in MotoGP], last year I was in Moto2 so I'd probably look to try and go back and fight to win races and become world champion, because that's still something great," said Lowes, who finished 13th, fourth and fifth overall in the intermediate class between 2014 and 2016.

"Right now I'm really focusing on trying to stay in this class.

"I want to stay here because otherwise it will have been a lot of work for nothing. If you leave, it's hard to come back.

"If not, I'll try and go to Moto2 on a good package and try to fight for a world championship.

"If you look at my results last year, I'm capable of doing so." 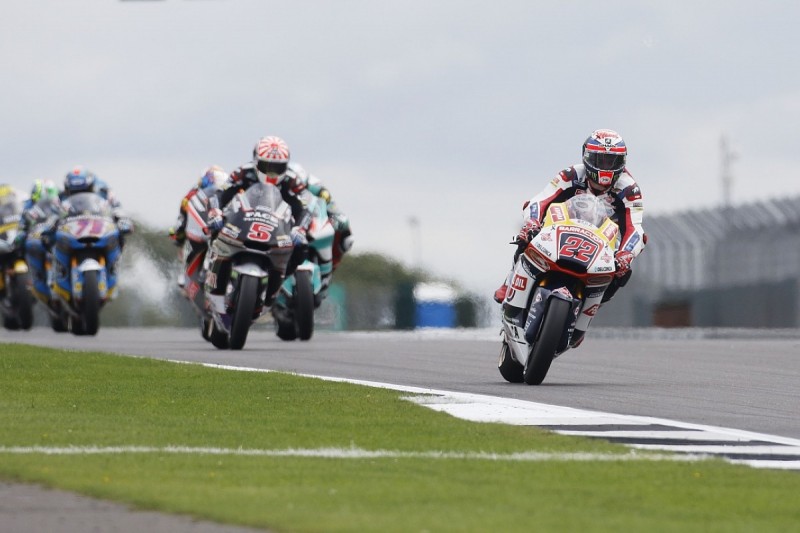 Lowes was one of four riders to graduate to MotoGP this season from the second-tier, alongside Tech3 Yamaha pair Johann Zarco and Jonas Folger and Suzuki's Alex Rins.

While Zarco and Folger have excelled at Tech3 this season, Lowes and Rins have endured more difficult transitions - with the latter also plagued by injuries.

"Alex Rins is a great rider, won many Moto2 races in a very easy way - now he's just starting to find his way in MotoGP.

"He's on the Suzuki, I'm on the Aprilia, there's two other guys on different bikes that are finding it different again.

"Zarco is a great, two-time [Moto2] world champion, Jonas [is a] great rider - but I beat him last year, in a lot more races than he beat me.

"He's a great rider, but it's different situations.

"With the bikes that you can ride more like a Moto2, maybe like the Yamaha, you can carry the corner speed - the Honda, the Suzuki, the Aprilia [are] maybe a bit more finicky, the area of working is a bit smaller.

"And you probably have to stop-start a little more, so you need a little bit more time [to learn]."