Lorenzo will attempt to race in Thailand after MotoGP foot injury

Ducati rider Jorge Lorenzo will attempt to race in the Thailand MotoGP round, but only if he does not feel too much pain during practice

The Spaniard dislocated a toe and fractured the second metatarsal on his right foot in a heavy highside crash at the first corner in last weekend's Aragon race.

Lorenzo's participation in the Thailand race was said to be in doubt after he visited doctors in Barcelona on Monday, which revealed swelling in his foot was still considerable.

Following a second medical check-up in Barcelona on Thursday, Lorenzo revealed that his foot remains swollen and inflamed, but will test his ability to ride at the first MotoGP race at Thailand's Buriram venue in two weeks' time.

He also stated he will not risk further injuries if he feels too much pain.

Lorenzo blamed future Honda team-mate Marc Marquez for his fall, insisting the championship leader caused him to crash with an overly aggressive overtaking attempt down the inside into Turn 1. 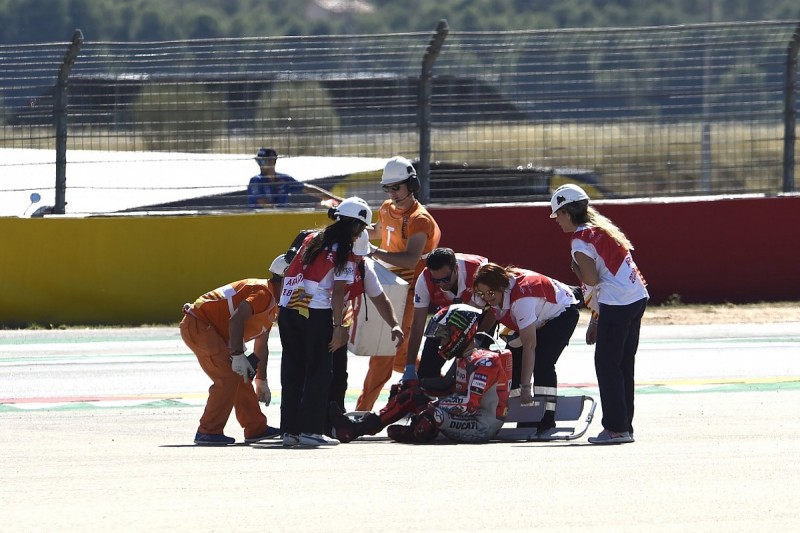 Is there any hope in Britain's bleak MotoGP future?