Lorenzo suffered a fracture to his back in a crash during the first practice session for the Dutch TT weekend, which ruled him out of the Assen race and the following event at the Sachsenring as he returned home to begin recovery.

Facing a month on the sidelines, Lorenzo was expected to be able to return to action for the first race after the summer break at Brno in the Czech Republic.

Honda has now confirmed his back has not healed enough to allow him to get back on his bike, and Lorenzo will sit out the back-to-back Brno and Red Bull Ring races.

He will be replaced by HRC test rider Stefan Bradl, who deputised for Lorenzo at the Sachsenring and finished 10th.

A Honda release confirmed that Lorenzo would return for the British Grand Prix at Silverstone on August 23-25.

The Honda statement read: "Jorge Lorenzo and the Repsol Honda Team have agreed it is best for Lorenzo to miss both the Czech and Austrian rounds to continue his recovery and avoid any further risk of injury.

"Having spent the summer break working on his recovery, Lorenzo's condition has improved but he is still in some pain and his movement on a bike remains restricted.

"Silverstone has been set as his new objective for returning to riding for the Repsol Honda Team."

Missing two races come as yet another setback for Lorenzo in an injury-plagued nightmare debut campaign aboard the Honda. 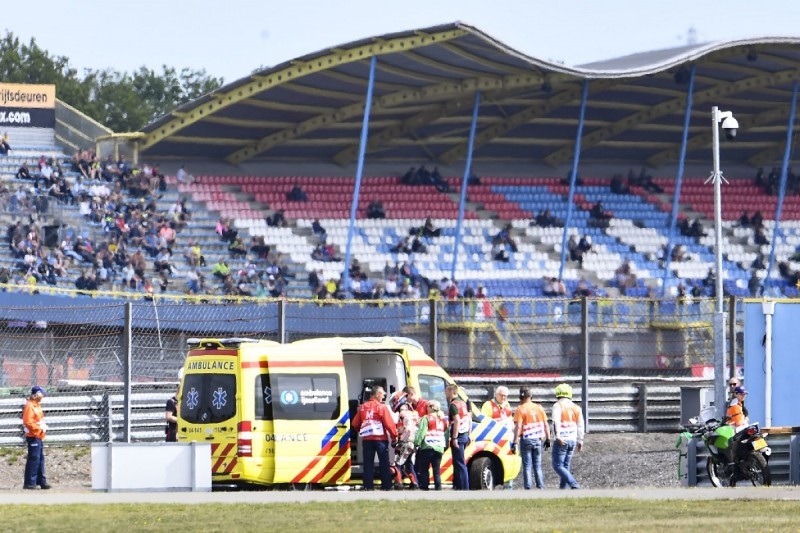 Lorenzo re-broke the wrist he injured during practice for last year's Thailand Grand Prix and was forced to miss the first pre-season test of 2019, before fracturing a rib in a practice crash on Saturday in the Qatar Grand Prix.

The Honda rider then had a fast fall during the post-Catalan Grand Prix test last month, a day after causing a pile-up which took out Andrea Dovizioso, Maverick Vinales and Valentino Rossi.

The triple MotoGP world champion currently lies 16th in the standings having amassed just 19 points and is yet to secure a top 10 finish this season.