Iker Lecuona says KTM benching him for the second day of the Misano MotoGP test to give his bike to 2022 rookie Raul Fernandez “really pisses me off”.

As first reported by Autosport, KTM has taken the opportunity to give 2022 Tech3 riders Fernandez and Remy Gardner an early MotoGP debut on Wednesday at the Misano in-season test.

Both riders have replaced the current Tech3 line-up of Lecuona and Danilo Petrucci, as they will do in 2022.
Lecuona ended Tuesday’s test day at Misano 20th and 1.2 seconds off the pace, but is upset to have been benched for Wednesday’s running.

“Basically, my flight leaves tomorrow morning at six o'clock, so I won't be there,” he said on Tuesday evening.

“I don't want to talk about it, it's a situation that really pisses me off, I don't understand it and I'm not in favour of it, but I have to accept it.

“Today we did the best job we could do despite the conditions in the morning, so we'll see where we are at the second race in Misano.”

Team-mate Petrucci was much more pragmatic about the situation, conceding extra seat time for Gardner will only be a boost for him ahead of his full-time debut next year.

“Gardner is a good rider and every day on the bike will be an aid for him,” Petrucci noted. “We didn't have new parts to test or special things to try, so it wasn't too useful for me.

“It is more useful to have Remy guiding the bike.

“I would like to try the Dakar bike more, but it is not yet possible. I'll have to wait for December for that one.” 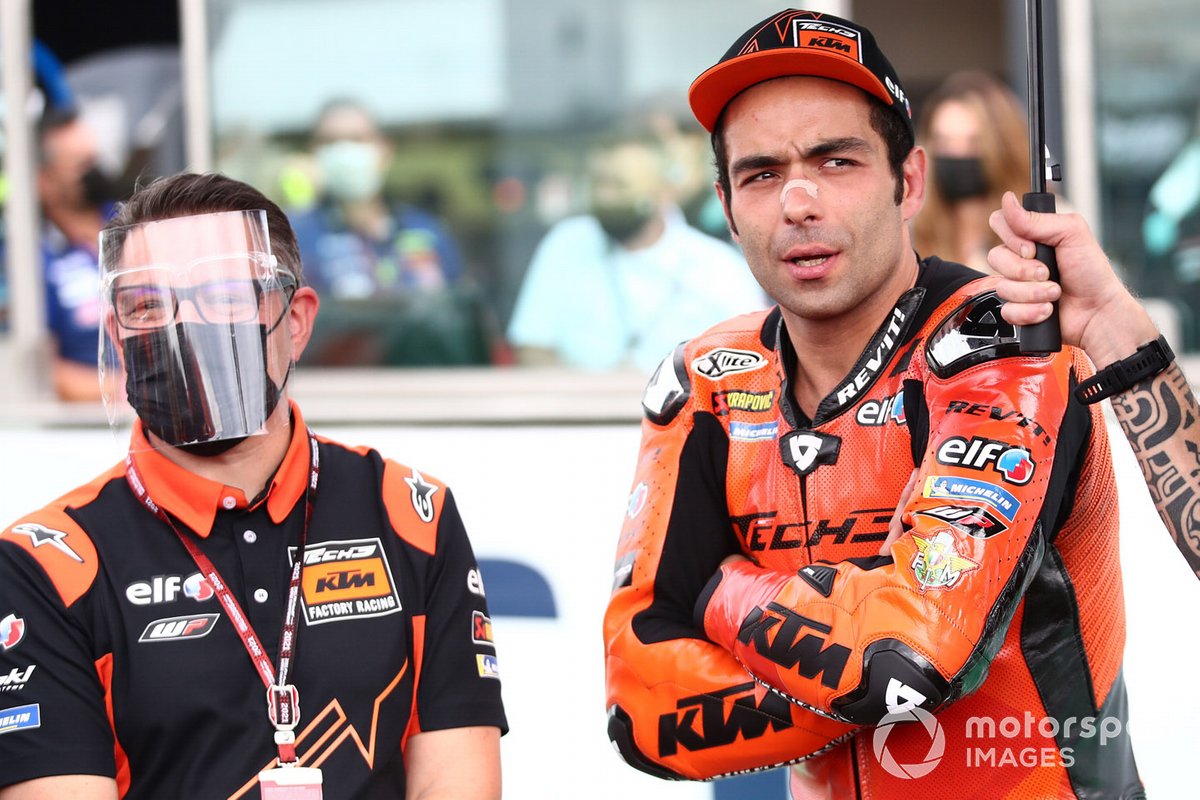 Petrucci’s relationship with KTM remains strong despite his ousting from his ride in favour of Gardner for 2022.

The double MotoGP race winner will remain a KTM rider in 2022 as he embarks on a campaign in the Dakar Rally.

Lecuona’s future is yet to be made official, but he will move to World Superbikes in 2022 with the factory Honda squad alongside current Moto2 racer Xavi Vierge.

Fernandez’s move to MotoGP has been in the headlines as the Spaniard was keen on a ride with Petronas SRT on a Yamaha, having felt the M1 would be better-suited to him, and is upset about KTM locking him into a two-year deal to join Tech3.