Perez was forced to miss the British GP and could sit out this weekend's 70th Anniversary GP at Silverstone after he was diagnosed with COVID-19 last Thursday.

In keeping with current guidelines on COVID prevention from country to country, MotoGP is operating strict protocols to keep the paddock safe - which include less admitted personnel, no written media and races without fans.

While so far there have been no confirmed cases of COVID-19 found in members of the paddock, double race winner Fabio Quartararo admitted the Perez news left him "stressed" upon returning home from Jerez despite taking his own precautions.

"After race wins, you always celebrate a lot with your friends, you're going out," he began.

"But, actually it was quite strange, because as soon as I arrived home, I didn't see nobody, I was always wearing the mask.

"I go back to see my family, but I even couldn't kiss my mum to congratulate me.

"I was a bit more scared after seeing that Formula 1 driver [Perez] had the virus.

"I was a bit stressed honestly, didn't really make [any] special [celebrations], but really stayed safe and always with the mask [on].

"But now we are here and we can fully focus on racing." 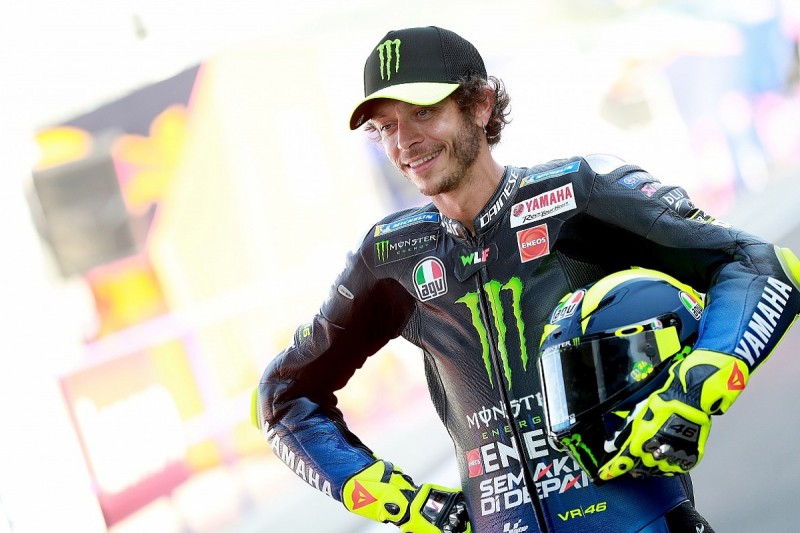 Yamaha stablemate Valentino Rossi (above) echoed Quartararo's concern, and says MotoGP has to keep paying attention to the virus situation as it develops.

"For me also, like Fabio [said], very worried about the situation, especially after the news of Perez, because it looks like Perez go to Mexico to meet his mother and in Mexico the situation is very bad with COVID," Rossi added.

"And for a small [bit of bad luck], he has to skip a minimum of two grands prix. So, we have to keep [paying] attention.

"Sincerely, I don't see a lot of people because I stay always at home.

"I just see my girlfriend and my family and with the guys [in the VR46 Academy], with our guys of the academy, we stay always together more or less because we train together."

MotoGP is scheduled to hold 12 more races this season - all in Europe - though spikes in cases have led to fears of a second wave of the outbreak.

LCR's Cal Crutchlow admits, as a racer, losing races is a "worry", but he is more concerned about people in that instance.

"We don't want the situation in the world to get any worse, let alone thinking in a selfish way as a motorcycle grand prix rider and the people here, we all think to the season," he said.

"You've got to think of the bigger picture here, I have a wife and a daughter and I want them to be safe before anything else.

"Travelling through airports, doing the stuff that we're doing, obviously here we believe it's one of the safest places in the world at the moment because everybody here is negative because we have the tests before we enter the circuits.

"Is there a possibility that some [races] can cancelled, I don't know, but it looks like it's getting a little bit worse and we hope that it doesn't get any worse.

"But overall, the situation around the world we can't control.

Quartararo: "Not correct" to think about title at third race