The team has run a one-bike entry full-time since it entered the premier class in 2006, although it has run a second wildcard entry on several occasions.

It was in talks to expand to a second bike for 2006 MotoGP champion Nicky Hayden for next year's campaign, only to struggle to find the requisite budget.

Team boss Lucio Cecchinello insists the team only postponed its plans however, saying that a two-bike entry remains an objective for 2015.

Asked about running a two-bike team, Cecchinello said: "The target is certainly 2015, but of course it still comes down to finding sponsors to pay for it.

"It would be a dream to be able to finalise that programme, but the reality is that in the end - to make a proper plan - we need a budget.

"This year we have been talking with Nicky and with Honda [and] were able to find more or less 50 per cent of the budget through HRC and American Honda.

"As for the other 50 per cent, we were talking with both potential and existing sponsors, but unfortunately they didn't accept our proposal.

"So for now we have had to postpone - and I say postpone, as opposed to give up on - our next target, which would be to have a two-rider team."

Cecchinello insisted he was not staking everything on a two-bike team however, particularly given the team's current success with 2011 Moto2 champion Stefan Bradl, who captured his first MotoGP pole and podium this year at Laguna Seca. 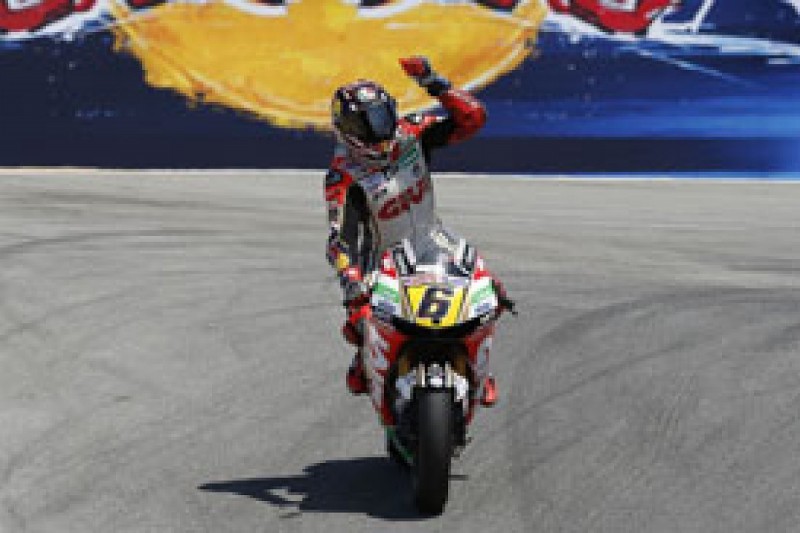 "We will continue to work on making a second rider possible, but I will not become preoccupied or sad if we ultimately cannot do it," he said.

"Stefan is very, very talented and focused and wants to be going as fast as Marc Marquez, who is one of those really rare and extreme talents.

"Stefan knows that, to cover that small gap of a few tenths, he (and other riders) just need to work, work, work.

"We just have to feel lucky and happy to have one rider with a factory bike in the MotoGP premier class, aiming to get on the podium."