Miller moved up to the premier class on a factory Honda contract after coming close to winning the 2014 Moto3 title, and spent the past two years at Marc VDS, scoring an unlikely win at Assen in 2016.

But after it became clear his factory deal wouldn't be renewed, the Aussie signed with Pramac Ducati for 2018.

Speaking to MotoGP.com, Bartholemy - whose team will field rookies Franco Morbidelli and Tom Luthi next year - admitted losing Miller was a major disappointment.

"Jack was my rider for 2018," Bartholemy admitted. "A manufacturer should not lose a rider like Jack Miller.

"It was important to keep him for our project, it was clear that Marc [van der Straten, team owner] made a big commitment to keep him, but there was one or two things that Jack was actually asking to Honda for 2018, which was absolutely not in the hands of Marc VDS team.

"We tried to help as much we can, we had many many discussions with Honda, we said it doesn't matter what we have to do, we'll make it happen, but we never got a positive answer. 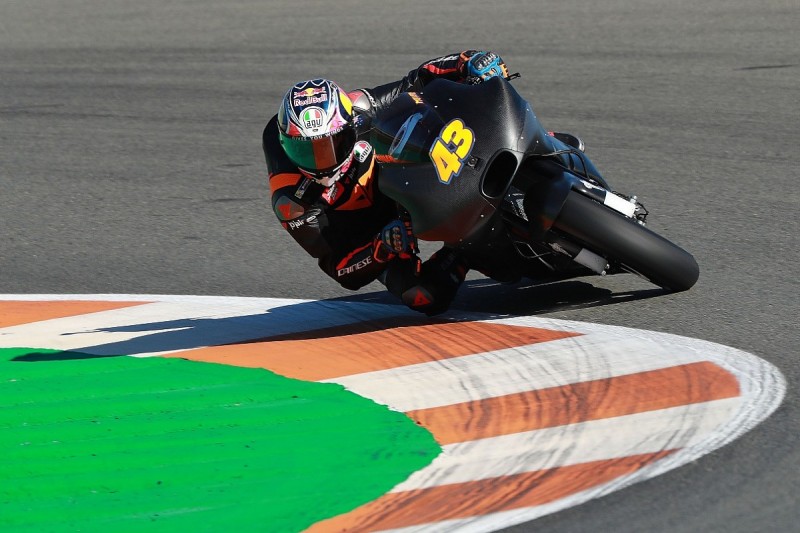 "You have to live with his decision - even if he was, let's say, 90% decided to leave to Ducati, there was always this 10% of chance, and even during all this time I was pushing to keep him in the team.

"But there was never the support from the Honda side to make it happen, and that is the reason why we lost him."

Marc VDS is one of the three teams fielding Honda bikes in MotoGP, alongside the works team and fellow privateer outfit LCR.

Bartholemy admitted that the team would be considering its options beyond 2018, saying Marc VDS was left feeling like "the fifth wheel on the car" within the Honda ranks.

"In the past three years, we have done a lot for Honda," he said.

"When one team [Gresini] was struggling with a sponsor, we took over the programme - actually one year too early that we had the financial resources to make it, so we had really to move mountains in 2014 to make this programme with Scott Redding.

"Then when another Honda team [LCR] had financial problems we took even over a second rider [Miller], that was even a bigger challenge for us.

"And then when you see that you are a little bit treated like the fifth wheel on the car, it's normal that you feel a little bit disappointed.

"But the positive point is that there are three manufacturers which like our team, they like the programme that we have.

"I am open to talk to all four of them - including Honda - and I think that the person that shows the biggest interest in our activity should be the person that we go with."