KTM will not race its latest specification of engine in the MotoGP season-opener in Qatar, and it is developing a new version to use from round four onwards

The Austrian manufacturer brought a new engine to the Qatar test, which should have tamed the wild character of its RC16 bike, but it never performed as expected, resulting in Pol Espargaro and Bradley Smith ending up at the bottom of the times.

Smith ended up 2.021 seconds off the pace of pacesetter Maverick Vinales (Yamaha) on Sunday at Losail, a tenth of a second up on teammate Espargaro.

Espargaro told Autosport that the latest specification won't be used at Qatar, and that another engine is now being produced - but won't be available until May's Jerez round.

"The engine gave us lots of information in order to develop a different one, but that wasn't the one we'll use at the races," said Espargaro.

"We had a lot of expectations for it; it performed very well on one side, but it lacked on another.

"Anyway, on the positive side it gave us some direction, some feedback we will use building the new one. 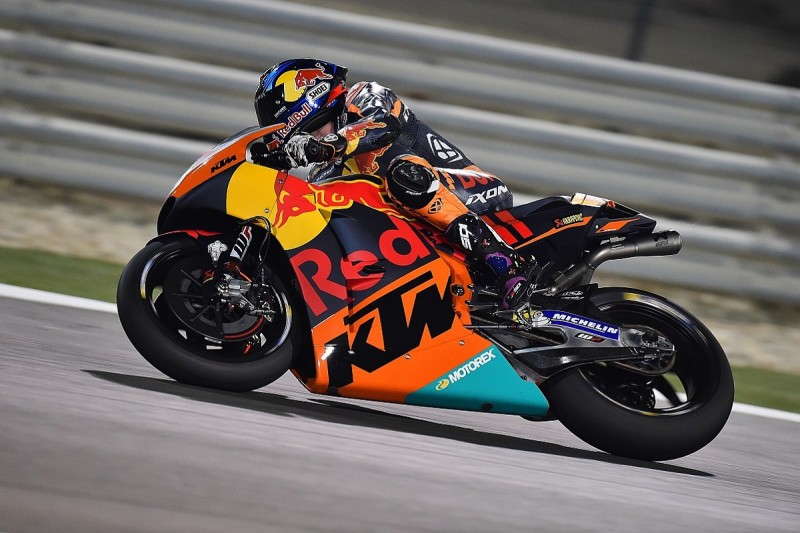 "However, it will take some time and it won't be available in the first three races of the season [Qatar, Argentina and Austin]."

The former Tech3 Yamaha rider also admitted that KTM has struggled to make its new engine interact with the control electronic software that its rivals have had a year of experience working with.

"Our problem is that we don't see clearly how the power is delivered after opening the throttle," explained Espargaro.

"There are many ways for delivering power, many different lines on a power curve; and then that data crosses with traction and anti-wheelie control.

"It's sometimes a bit of a mess for me, as it is also for our engineers.

"We need some time, as you can't do that from one day to another.

"How long will it take? I don't know, but some other manufacturers had similar problems a couple of years ago, and they are getting great results now."

Maverick Vinales says he has 'incredible' pace at Yamaha