The entire MotoGP field were forced into running the soft front tyre during last weekend’s season-opener at Losail due to the dropping temperatures of the evening race.

This is a compound KTM has typically struggled on in the past, with its preferred hard option not viable for the conditions.

Binder’s team-mate Miguel Oliveira took a swipe at Michelin after ending last week’s Qatar race 13th, one place ahead of the South African. 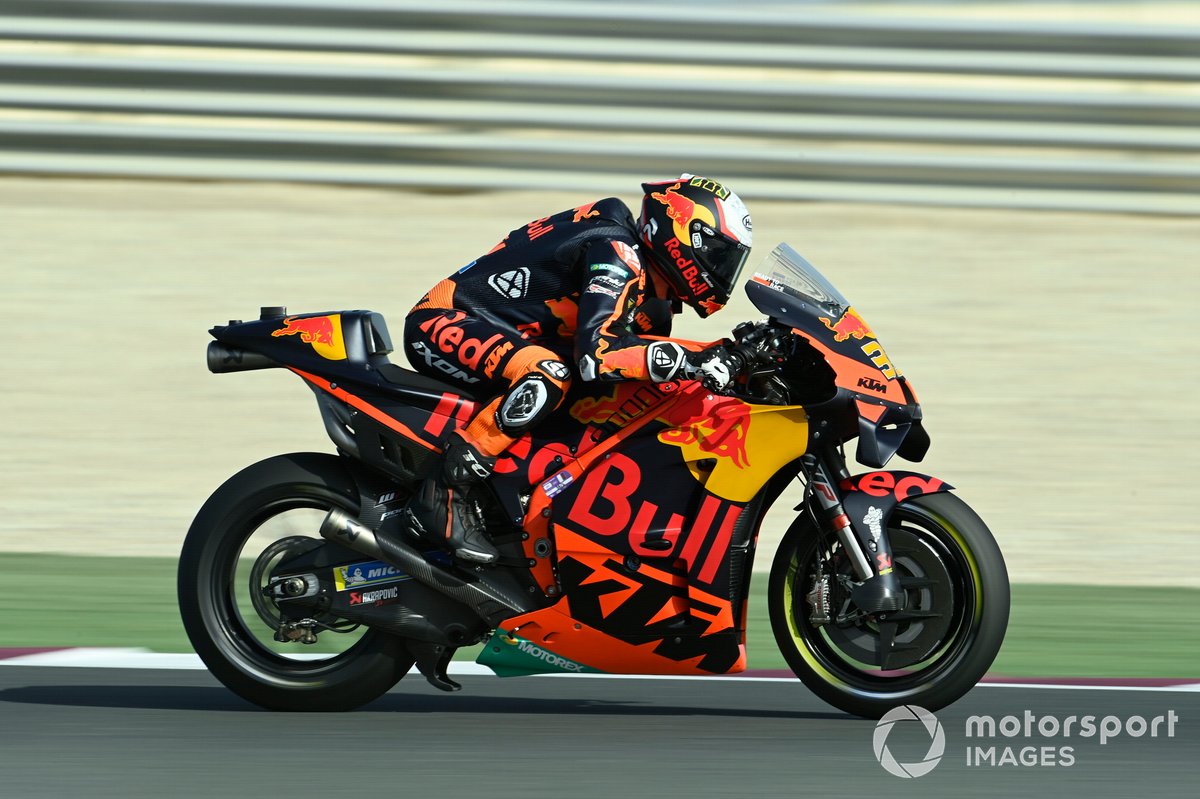 When asked on Thursday ahead of the Doha GP if he shared Oliveira’s frustrations, Binder said: “It’s not good for us at the moment, but for sure there are many people who aren’t feeling 100% happy with the way things are.

“But I honestly don’t know anything of what’s going to happen during the season [with tyre allocation].

“All we can do is really take things day by day and see.

“At the end of the day the tyre we’re brought are what you get and you can’t really change that.

“So, we have to do our best with what we have.

“But for sure I feel like we’ve taken a hard blow here in Qatar, because if we can’t finish a race distance on the soft and the medium option doesn’t work and the hard option, there’s not enough temperature.

He added: “It is frustrating for sure, because unfortunately the soft front tyre for us, I had it, it was destroyed with nine laps to go.

“With nine laps to go I was thinking ‘how am I going to finish the race?’, which is difficult.

“But the problem is, I fell off four times in the test and every time I fell off – except for the first time – was on the medium front tyre, which just isn’t working.

“The strange thing is the hard front tyre seems to be working much better for everybody than the medium.

“But the hard is obviously not an option when there’s no track temperature at night, so we’re forced to use the soft front tyre which obviously isn’t ideal for us at all.

“I didn’t realise how much trouble we were in with the front tyre until halfway through the race.”

Morbidelli: No clear cause found for Qatar MotoGP woes